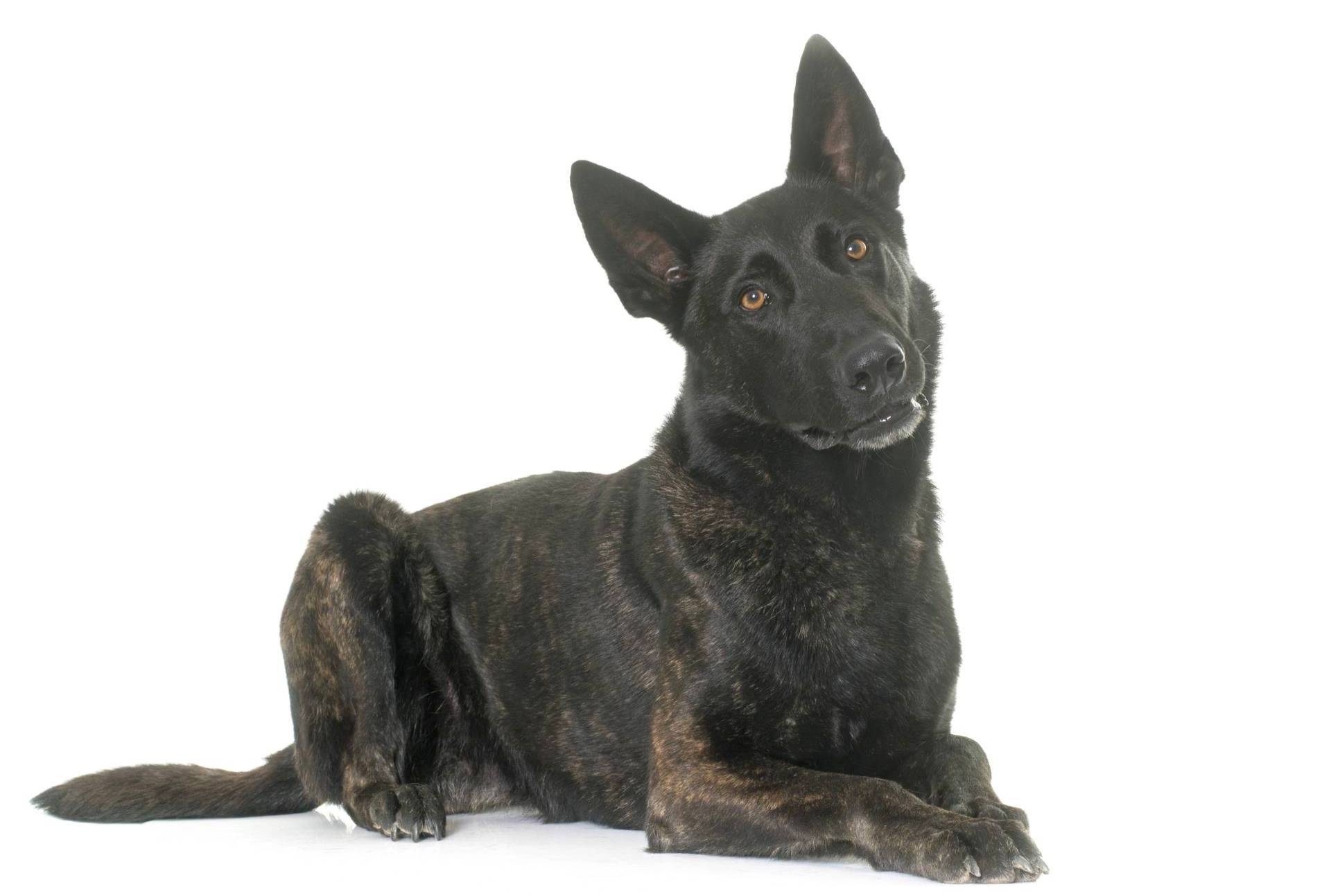 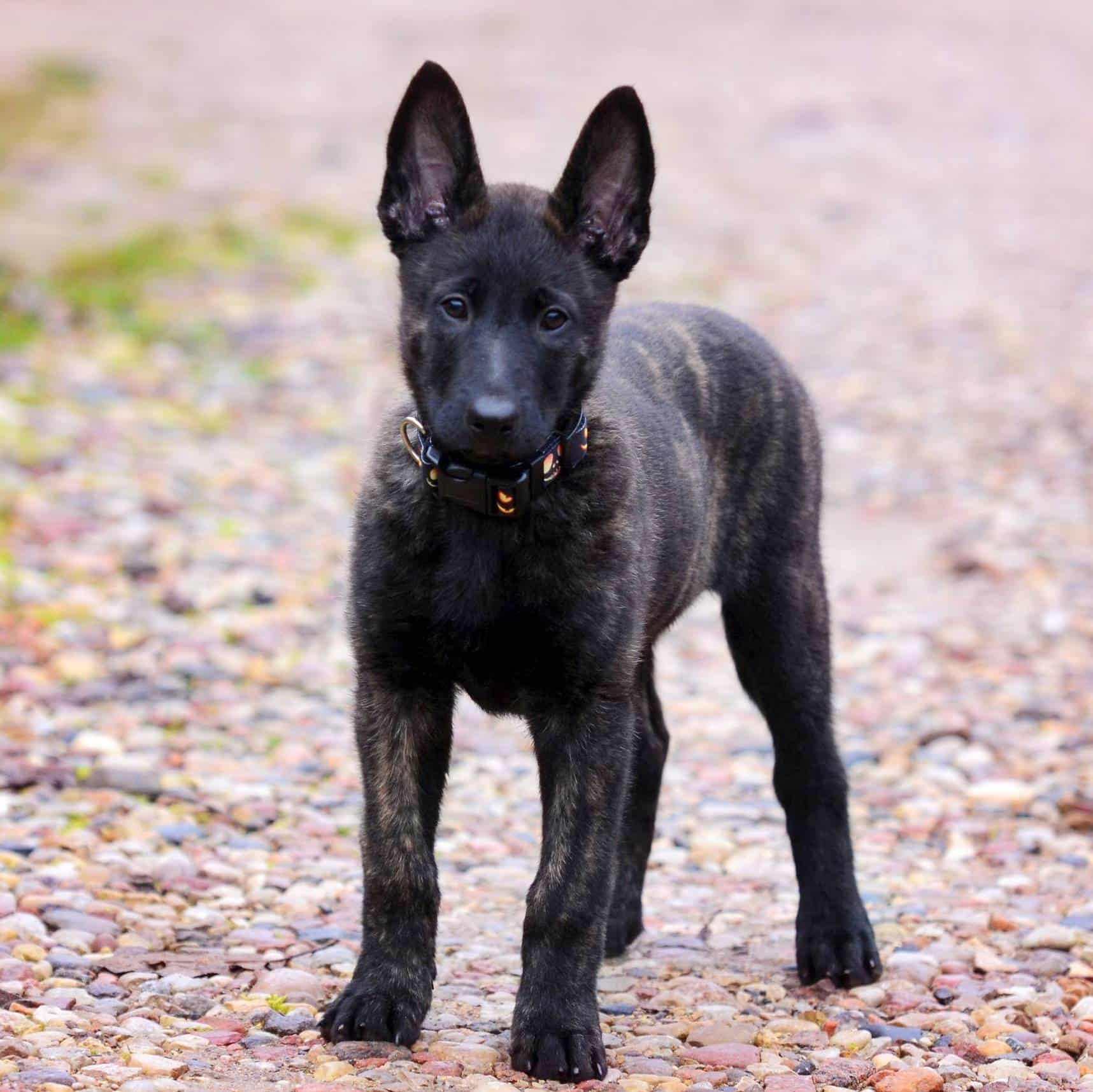 Our Dutch Shepherd puppies for sale are talented, watchful, and loyal companions! Dutch Shepherds are originally all-purpose farm dogs in the Netherlands with incredible strength, endurance, and intelligence. They love to work with humans and are often used in police and military work.

Check out our Dutch Shepherd puppies for sale and enjoy the loyal companionship of this incredible breed!

Are you looking for an intelligent, high-energy dog that is also a loyal companion?

Take a look at our Dutch Shepherd puppies below!

Originally an all-purpose farm dog in the Netherlands, this hardy, athletic dog is capable of any task you give it! Dutch Shepherds love to work, run, and play. This breed is rare, but that doesn’t mean it isn’t talented! In fact, Dutch Shepherds are often used in canine careers such as police and military work.

Dutch Shepherds can make loyal companions and excellent family guard dogs; however, because of their high drive, intellect, and protective nature, Dutch Shepherds are not recommended for first-time dog owners.

Intelligent – Dutch Shepherds are brilliant and love a challenge! They are often used in police work, search and rescue, or as guide dogs for the blind.

Independent & Protective – As with many dog breeds, high intelligence also means an independent spirit and a mind of their own! Obedience training is recommended for Dutch Shepherds. They can also be overly protective and need to be properly socialized and trained to be comfortable around new people and animals.

High Exercise Requirements – Bred for herding sheep, the Dutch Shepherd can run all day. They have a lean, muscular build, high endurance, and they excel in many dog sports.

Hard Working – Originally an all-purpose farm dog, the Dutch Shepherd is smart and high energy and wants to be kept busy! If you are considering adopting a Dutch Shepherd, make sure you have a plan for exercise and mental stimulation for your dog. This dog will not be happy left at home alone for long periods.

Loyal Companion – While we can sing the praises of the Dutch Shepherd’s abilities, they are also adaptable and playful. They can make great family dogs and companions if given proper exercise, mental stimulation, and socialization.

The Dutch Shepherd originates from the Netherlands, where it was bred to help with a variety of farm tasks, including herding and guarding sheep, bringing cows in for milking, keeping hens out of the garden, pulling carts with milk or produce to market, and of course, alerting the farmer to strangers.

As farms modernized, the need for Dutch Shepherds decreased. During World War ll, the breeding of Dutch Shepherds came to a stop. Many dogs died of starvation, and others were taken to Germany to work in the military.

After World War ll, the breeding of Dutch Shepherds resumed; however, its unknown at this time what breeds were mixed with the Dutch Shepherd.

Although this breed is rare today, the Dutch Shepherd is a highly trainable and talented breed and succeeds in police work, search and rescue, and as guide dogs.

Dutch Shepherds have an average lifespan of 11 to 14 years.

There are three types of coats: short-hair, long-hair, and rough-hair. Their coats are either silver-bindle or gold-brindle. They have black noses and black eyes.

At first glance, the Dutch Shepherd can look like a German Shepherd or a Belgian Malinois. So how can you tell these beautiful breeds apart?

Dutch Shepherds are relatively low-maintenance in the grooming department. Depending on their coat type, they required different grooming.

Long-haired Dutch Shepherds should be brushed thoroughly once a week and more often during shedding seasons.

Rough-haired Dutch Shepherds must be combed once a month and hand-stripped twice a year.

For all coat types, bathe as needed.

Your Dutch Shepherd will also need its nails trimmed and teeth brushed regularly.

Dutch Shepherds are generally a healthy breed, but there are a few things their owners should know.

Like all dog breeds, Dutch Shepherds are at risk for hip and elbow dysplasia, two of the most common health issues in dogs.

Bloat, also called gastric dilatation-volvulus or gastric torsion, can affect any medium-to-large breed dog and is a life-threatening condition.

Other Conditions That May Affect Your Dutch Shepherd

Because they are high shedders, Dutch Shepherds create more dander and allergens than some breeds and are not considered allergen-friendly.

Frequent grooming and cleaning reduce the number of allergens a Dutch Shepherd releases. However, if you or someone in your family has allergy concerns, please consult your family healthcare provider before adopting a puppy.