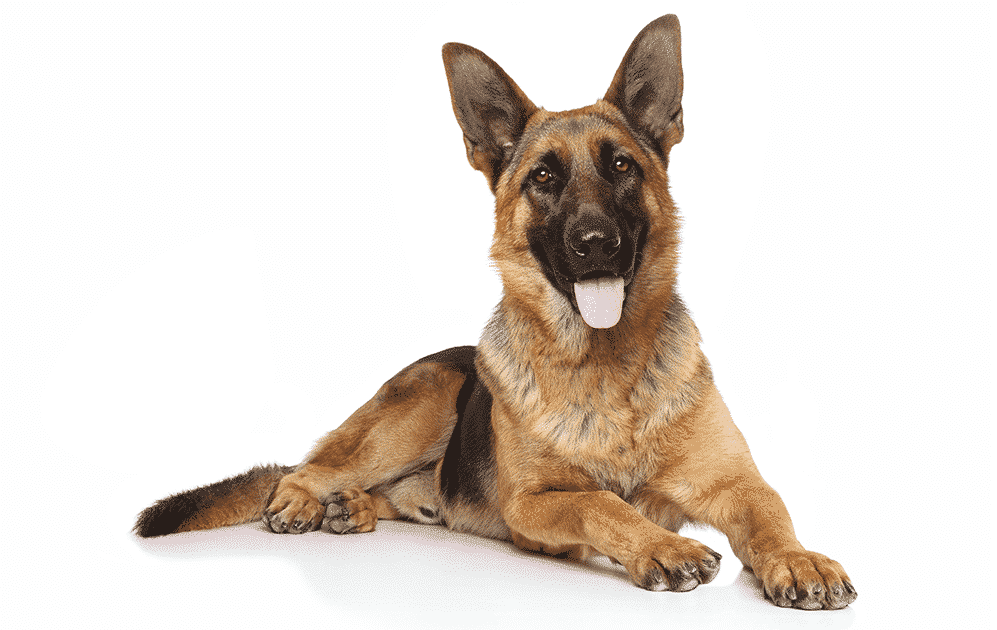 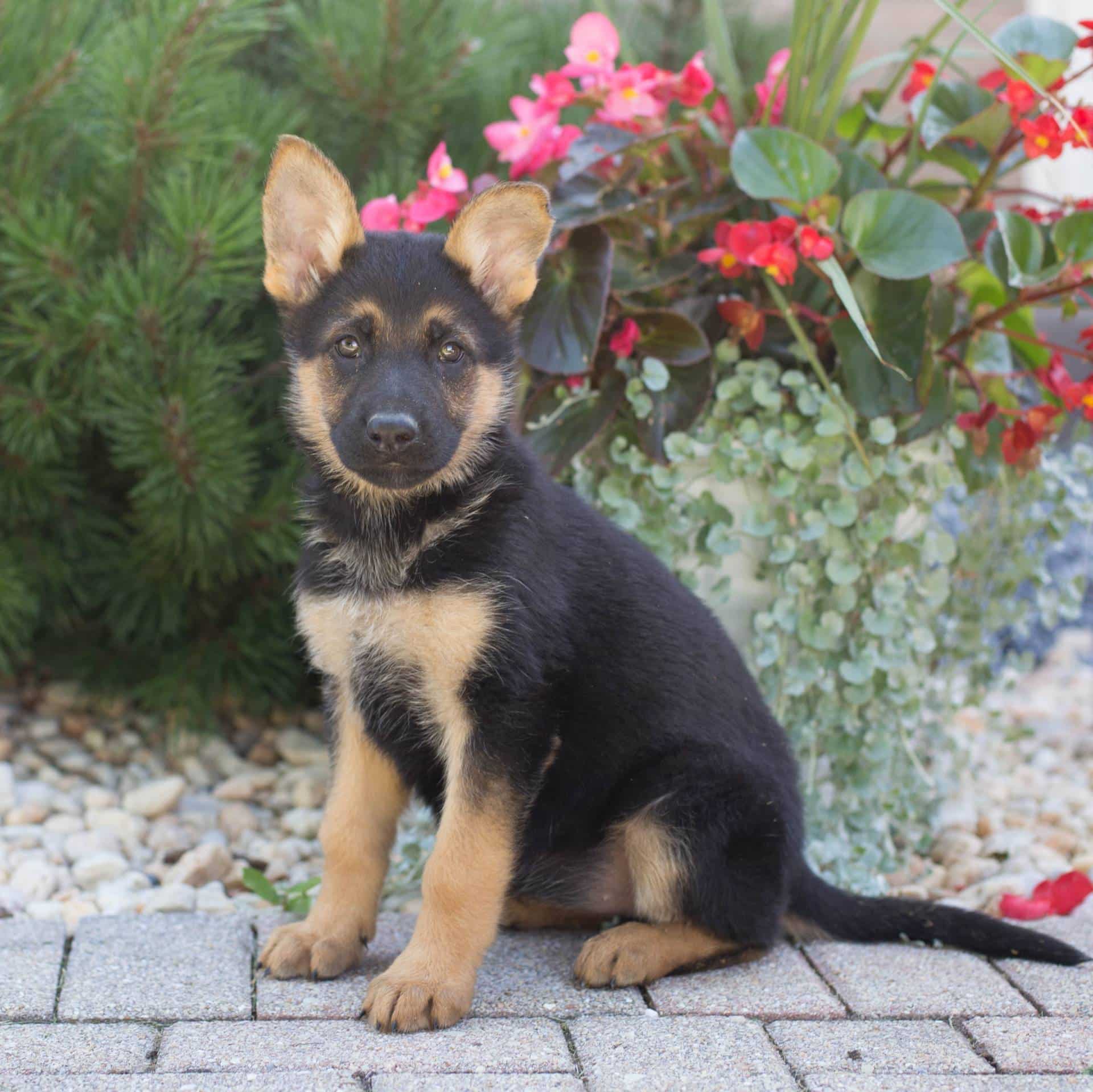 Are you looking for a dog that plays well with children, shows high levels of intelligence, and displays loyalty and protection to its owners?

If that describes what you are looking for, then look at our German Shepherd puppies for sale!

Known for their loyalty, intelligence, and hard-working personality; the German Shepherd is the second most popular dog breed in the United States, behind only the Labrador Retriever.

If you are looking for a loyal companion for your family, purchase your German Shepherd puppy today!

Want to learn more? Read our blog post on German Shepherds or browse our other puppy breeds for sale.

Hard worker – German Shepherds were bred and designed for hard work. That can be herding cattle, search-and-rescue missions, being used for guard work, or simply playing in your backyard.

Loyalty – They quickly become attached to their owners, including children, and defend them with their lives.

Intelligence – Their high levels of intelligence and trainability is one of the main reasons German Shepherds are widely used in the military, police, and other K-9 units.

Athletic – When they are kept in good health and weight, the German Shepherd is one of the most athletic and versatile dog breeds. Their stamina, body shape, and mass are ideal for more demanding physical tasks.

There is a concern for the aggressive behavior some German Shepherds display. Much of this comes from improper training or confinement. When German Shepherds are neglected or kept in small areas, they have pent-up energy and frustration which is displayed as aggression.

So how can a German Shepherd be trained to avoid these aggressive actions?

If a German Shepherd is trained and cared for correctly, aggression is not a problem, and you can spend years with a loyal and well-trained dog!

During the Agricultural Revolution in Europe, herding dogs were used to protect and herd livestock on farms.

Many of these herding dogs were not purebreds, and a German named Captain Max von Stephanitz wanted to change this.  His goal was to create a purebred German herding dog.

In 1899 Stephanitz saw a dog that looked similar to a wolf.  He bought this dog and began a careful process to create the German Shepherd breed through meticulous note-taking, breeding, and watching for negative traits.

As farming communities turned to industry, the German Shepherd became used more for its intelligence in police and military settings.

Today German Shepherd puppies are still bred for their intelligence and agility.  This has resulted in high use in the military, police force, and search-and-rescue operations.

German Shepherd adults are usually 22 to 24 inches tall at the shoulder and weigh 75 to 95 pounds.

German Shepherds have an average lifespan of 10 to 14 years.

German Shepherds are known to be high shedders and are sometimes referred to as the “German Shedder.”

However, excessive shedding and loose hair can be minimized by regular grooming.  It is recommended to groom your German Shepherd a minimum of several times a week, and preferably daily.

A key to grooming your German Shepherd is to start when they are a puppy.  If grooming is done consistently as a puppy, it becomes routine to both you and your dog.

Regular baths are not needed due to oils in their skin.  However, if your dog is dirty due to mud or grime, then give it a bath.

German Shepherds are subject to hip and elbow dysplasia, a common issue found in many dog breeds.

There are two specific things that you should watch with a German Shepherd:

The first and most important is your dog’s food intake and weight.  Overweight German Shepherds have more health and joint problems.

A good, quick way to monitor this is the “hands-on test.”  Place your hands on your dog’s back with your thumbs on the spine and fingers on the sides.  Gently press your fingers together.

Secondly, German Shepherds are also prone to degenerative myelopathy, which is a slow paralysis of the back and can lead to paralyzation.  To prevent this, watch for signs of gradual pain or discomfort in your German Shepherd, particularly when walking. If you notice them beginning to limp or favoring a leg, have your vet examine your dog.

Because of their higher tendency to shed, German Shepherds do create more dander and allergens than some breeds.  This should be considered if someone in your family has concerns with pet allergens.

However, proper and regular grooming and cleaning reduce the number of allergens a German Shepherd releases.