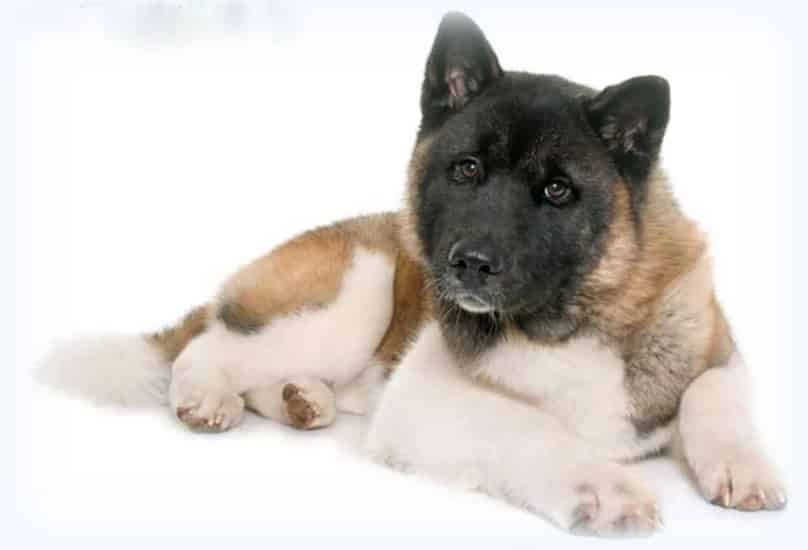 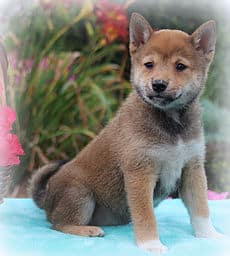 Our Shiba Inu puppies for sale are confident, good-natured dogs that could pass for stuffed animals! Shiba Inus are active, independent, and loyal. They have thick double coats, pointy ears, and tails that curl over their backs. Browse our Shiba Inu puppies and bring home a new family member!

Are you looking for a small, handsome dog that’s intelligent and active?
Browse our Shiba Inu puppies for sale below!

Shiba Inus are a small, ancient Japanese breed that have an alert, fox-like appearance. They are dignified, independent, and adaptable. Their thick coats make them look like stuffed animals!

Purchase your Shiba Inu puppy today, or browse our other available puppies for sale, and become friends with a loyal, good-natured, and bright puppy!

Independent: The Shiba Inu is intelligent, but he’s also independent! Consistency and follow-through are needed in training this breed because he is a free-thinker! If he senses you’re not fully in charge, he will do what he wants.

Protective: A Shiba Inu is protective and doesn’t get along well with other dogs, although they are affectionate and loyal towards their family. They have a prey drive and will chase small animals. Early and regular socialization is important to help them become well-balanced dogs.

Active: Shiba Inus have strong, athletic builds and love to walk, run, or play fetch. They can be escape artists, though, so keep a careful eye on them!

Vocal: Shiba Inus are vocal and will let you know by various noises (including screaming and crying) when they are glad to see you — or very displeased!

Handsome: The Shiba Inu’s thick coat makes them look like stuffed animals and their pointy ears give them a fox-like appearance. They have a well-balanced, compact body with a bold, confident expression. This Shiba Inu even looks good in clothing!

The Shiba Inu is an ancient breed from Japan; reportedly as old as 300 bc!.
The word “Shiba” means ‘brushwood’ or ‘red.’ This breed was used for flushing birds and other game from the brush for hunters.

After World War ll, the Shiba Inu population was dangerously low. Bombing raids and an outbreak of distemper had the Shiba Inu near extinction. However, the remaining Shiba Inus were moved to the countryside, and breeding programs were established. The Shiba Inus we have today are the results of those bloodlines.

The first Shiba Inu was brought to the United States in 1954 by a military family. However, the first US litter wasn’t born until 1970.

In 2013, a Shiba Inu named Bhodi became an online sensation after his owners posted photos of him wearing mens’ clothing. Today, Bhodi partners with clothing brands, models men’s clothing, and gives his many followers lots of laughs.

The Shiba Inu’s compact size, intelligence, and good looks have led to an increase in popularity in recent years.

Today, the Shiba Inu ranks number forty-four out of breeds registered with AKC and is the most popular dog owned in Japan!

Shiba Inus have a striking appearance. Their pointed ears and confident gait give them a fox-like appearance.

Shiba Inus can be red, red sesame, or black and tan. Their outer coat fur stands straight up, giving them a plush appearance.

They have dark eyes and a tail that curls over their back (like other Spitz breeds).

Since they have a double coat, they will shed heavily twice a year and minimally the rest of the year. During their heavy shedding season, they will need extra brushing and bathing to help loosen and remove hair.

Brush your Shiba Inu a few times a week with a slicker brush.

Shiba Inus have naturally clean coats and won’t need to be bathed often. Once every three to four months is usually sufficient.

Keep your Shiba Inu’s nails trimmed and brush their teeth a few times each week to keep them healthy!

Shiba Inus are healthy, sturdy dogs. However, every breed is prone to certain conditions, and it’s important to be aware of the conditions that may affect your dog.

Whatever breed you own, you can protect it from one of the most common health problems: obesity. One of the best ways to extend your dog’s life is by feeding them the correct amount of food and giving them adequate exercise.
Shibu Inus can have allergies. Watch for itching, redness, or hair loss.
Epilepsy is a condition that can affect this breed as well. It can be managed with medication.

You’ll also want to watch for unusual bumps or growths on your Shiba Inu. This can be a sign of cancer. Other symptoms include wounds that won’t heal and difficulty breathing or eliminating.

Shiba Inus have double coats and are not considered allergen-friendly dogs. They will shed heavily twice a year. Regular brushing and bathing can lower allergens.