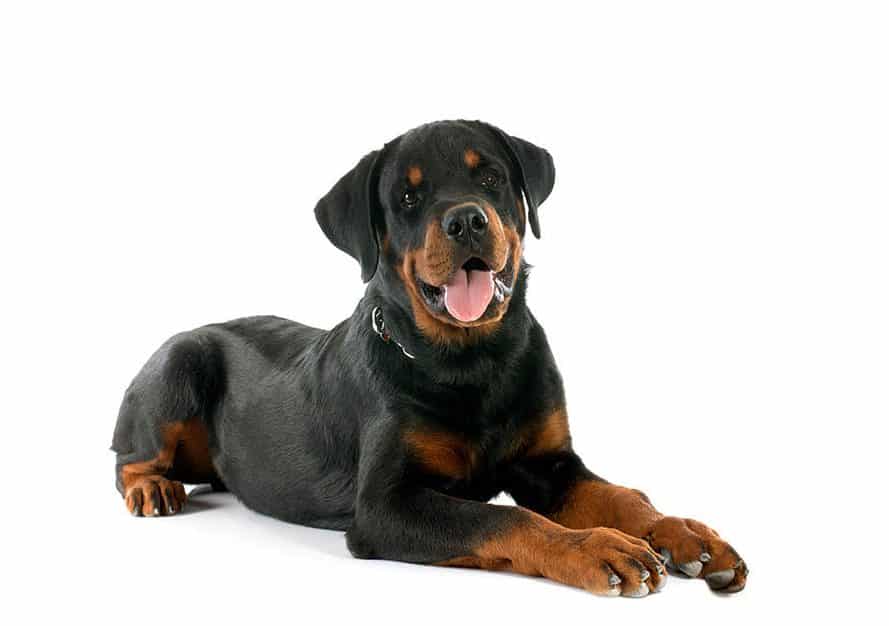 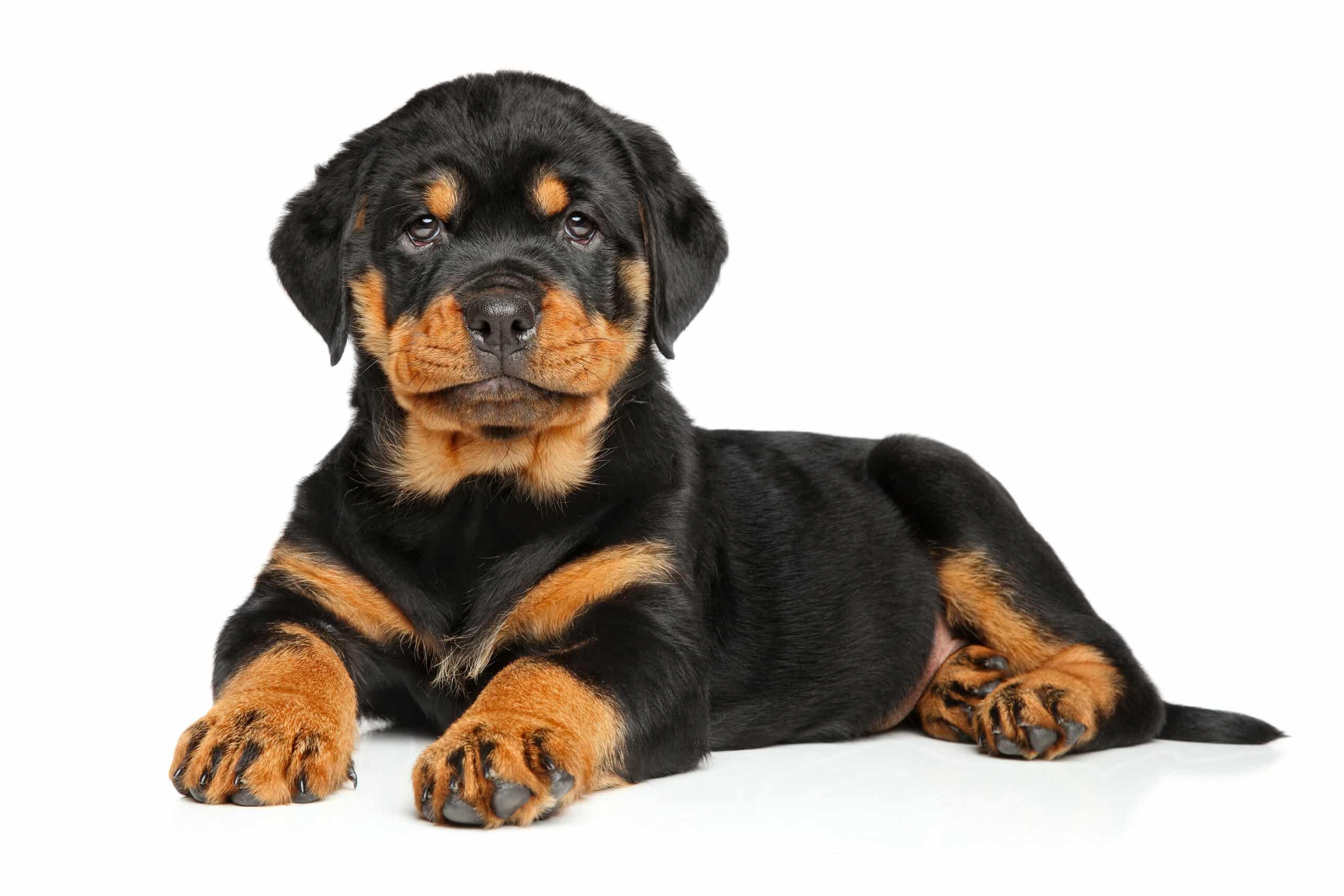 Our Rottweiler puppies for sale are a working breed that is loyal, loving, intelligent, and a confident guardian.  Originally bred and used by the Roman Empire to herd and protect cattle, Rottweilers thrive on attention, a mixture of work and play, and sometimes being downright silly.  Rottweiler puppies will make a wonderful companion, protector, and playmate for your family!

Are you looking for a large dog that is not afraid to work hard, loves companionship, is incredibly loyal, and has a muscular build?

If this describes what you want in your next dog, then take a look at our Rottweiler puppies for sale!

Often misunderstood if they are not properly trained, Rottweilers are a loyal breed and will protect their owners. However, if trained properly and given appropriate love and attention as a puppy; Rottweilers are playful, gentle, and display a streak of silliness.

If you are looking for a larger dog that is loyal, loves companionship, and isn?t afraid to work; then you should purchase your Rottweiler puppy today!

Loyal – Rottweilers are a loyal and protective breed, sometimes to a fault. Many people view the breed?s loyalty as a negative trait due to some of the aggression that Rottweilers will display.

It is important to understand that if a Rottweiler shows aggression, it is often a result of either improper training or not being raised properly. If Rottweilers are trained and disciplined as a puppy, and if they spend time playing with children and other people when they are puppies, then aggression will be drastically reduced when they are older.

Strong – They are a powerful breed, and not only because they are a large dog. Their strong, broad chests are also indicative of the power that the breed represents.

Hard worker – Rottweilers were bred and raised to herd cattle, and this instinct is still in their DNA. They are known to ?herd? people and other animals by gently bumping or nudging in the direction the dog wants to go.

Companionship – Rottweilers thrive on interaction with other humans, and especially their owners and family. It is important to spend quality time with your Rottweiler since much of their aggression starts with pent-up energy coming from neglect. They are also known to display a silly side when playing and interacting with their family.

Intelligent – They are an extremely intelligent breed, especially when it comes to being taught tasks. In fact, they were one of the original military and police dogs in the 1800s, and are also still used as search-and-rescue dogs.

When the Roman Empire was conquering Europe, they would send cattle and herds with the army as a source of food. Because they went on long marches in various types of weather, the army wanted strong, tough dogs that could handle the journey and work.

The Rottweiler’s ancestors were the original herders that the Roman soldiers used while going on their military campaigns.

As they fought the European and Germanic tribes, the native people of Europe noticed these herding dogs and began using them for their own herding and protection purposes.

Over time the breed became common in herding cattle between tribes and villages. They were also used to pull small carts due to their power and size. When trained properly, they were able to herd cattle and protect the herd from bandits and thieves.

The breed became especially popular in the German town of Rottweil. Over time they were given the name Rottweiler Metzgerhund, or “Butcher’s Dog of Rottweil.”

As railroad cattle cars took their job in the 1800s, the breed’s intelligence found them work as some of the first military and police dogs for security and search-and-rescue operations. They were also one of the first breeds to be used as seeing-eye dogs for the blind.

Since the breed became standardized in 1901, it has changed little in size or temperament.

Rottweilers have a typical lifespan of 9-10 years.

The Rottweiler has a distinct look with both its coat and its head.

The coat has shorter hair with a dark black coat containing brown rust coloring around the face, neck, and legs.

They have a broad, solid chest, and their heads are distinct due to ears that tend to stay upright while also sticking out on the sides of the head.

Rottweilers have an outer coat that is medium-length and tends to lay flat.

Although they are not known as regular shedders, they should still be brushed several times a week and bathed regularly.

They will have higher periods of shedding twice a year, usually in the spring and fall, and require daily brushing during those times.

A key to grooming your dog is to start when they are a puppy.  If grooming is done consistently as a puppy, it becomes routine for both you and your puppy.

Rottweilers are typically a healthy breed.  Still, they are susceptible to common diseases and some cancers of dogs that are their size.

Hip and elbow dysplasia are the most common health issues that they face.  This occurs when the leg or hip becomes weakened, and it can result in arthritis or lameness if not addressed.

One of the best ways to prevent this is by keeping your dog from excessive running on hard surfaces during active times.  This is especially vital when they are a puppy.

During times of washing or grooming, it is important to do a visual inspection of your Rottweiler to make sure everything looks and feels good.

Because Rottweilers have medium-length hair, it does help their breed create less dander and allergens.  However, they can still cause allergy problems if you have a family member with allergen sensitivities, particularly if you have a small space with a large dog.

The biggest keys to reducing allergens with your Rottweiler puppy are proper and regular grooming and cleaning.