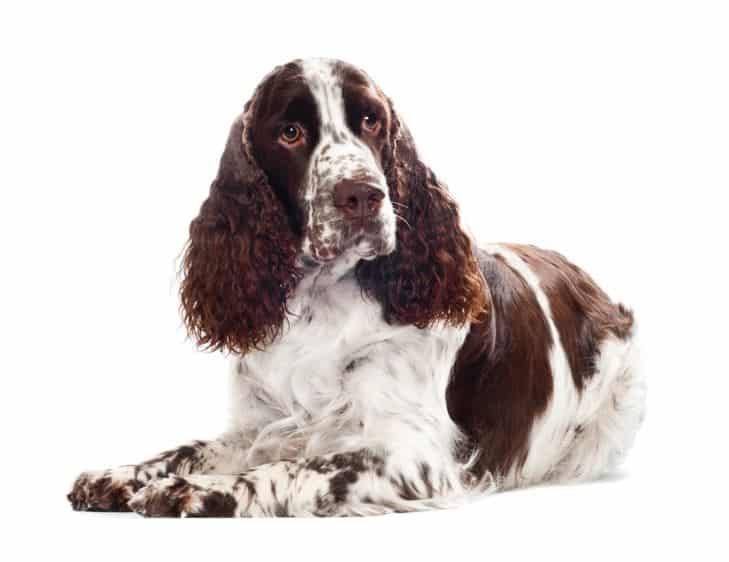 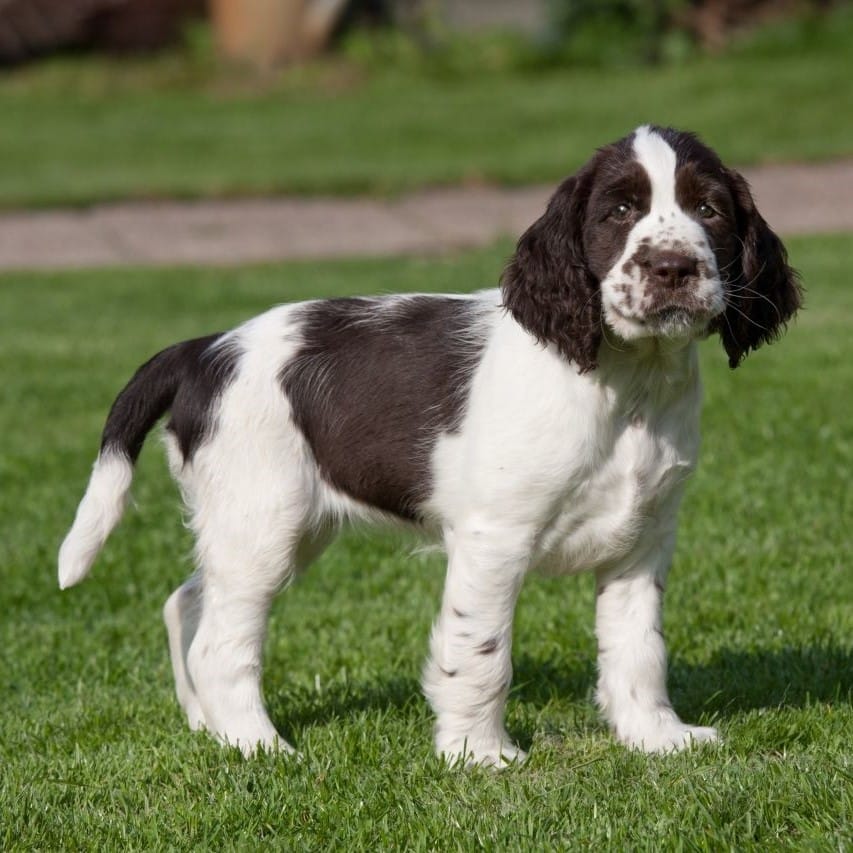 Are you looking for an energetic, friendly dog with a beautiful coat?

Check out our English Springer Spaniel puppies for sale below!

Adopt your English Springer Spaniel puppy today and experience the loving, loyal companionship of this breed!

Eager to Please: English Springer Spaniels were bred to work closely with humans and love to please their owners!

Intelligent: This breed is very intelligent and requires consistent training, as they can quickly develop bad habits, even from observation. While the ESS is easy to train, they also require an experienced and a confident leader.

Energetic: English Springer Spaniels are high-energy dogs! Plan to spend plenty of time outdoors playing and exercising with your ESS. It could be hiking, walking, swimming, games of fetch, etc. Your dog will also enjoy free time outdoors on its own to romp and play, so having a fenced-in yard is recommended for an ESS. Enrolling your ESS in obedience, tracking, agility, rally, and other activities is also something your English Springer Spaniel will enjoy.

High Prey Drive: They were bred to hunt and retain their strong sense of prey drive. This means your ESS may run off if allowed to run loose without a fence or leash: one whiff of an interesting scent and they will be on the trail! English Springer Spaniels who are raised with other house pets get along well with them. However, you should always supervise them with small animals.

An Affectionate Companion: In spite of this breed’s love for hunting and outdoors, it’s also an affectionate and loyal family dog. They crave time with their humans and are happiest when they are with their family.

Spaniels have been popular hunting dogs for centuries and were often mixes of the English Springer Spaniel, English Cocker Spaniel, and the Field Spaniel.

Before the wheel-lock firearm was invented in the 17th century, Spaniels worked with hunters to capture game with nets, bows, and even falcons. After the hunting rifle came along, Spaniels became gun dogs.

The English Springer Spaniel’s job is to detect birds in brush or grass, point, then retrieve the shot bird.

The English Springer Spaniel was registered with the American Kennel Club in 1910 and became popular in America and Canada in the 1920s.

Starting in the 1940s, breeders began to breed English Springer Spaniels for specialization: show-bred dogs and field-bred dogs. Dogs bred for the show ring are larger, have thicker coats, boxier faces, and a winning charm. Field-bred spaniels are smaller, faster, and have more endurance, a flatter coat, longer snouts for tracking.

English Springer Spaniels are 19-20 inches tall at the shoulder and weigh 40-50 pounds.

The life expectancy of an English Springer Spaniel is 12-14 years.

English Springer Spaniels have compact, muscular bodies and gorgeous coats. They have long, hanging ears that have wavy fur on them and a kind, trusting expression.

Their coats are often black and white or liver and white and can sometimes include tan.

English Springer Spaniels are generally healthy dogs; however, every breed is prone to certain conditions, and it’s essential to be aware of them.

They are also susceptible to Phosphofructokinase (PFK) Deficiency, a deficiency of an enzyme needed to use sugar for energy. Some Spaniels may have mild cases that are undetected, while others may have severe cases. A blood test can reveal if your dog has PFK.

English Springer Spaniels are not considered a hypoallergenic breed. However, bathing and brushing your dog regularly can lower shedding and allergens.