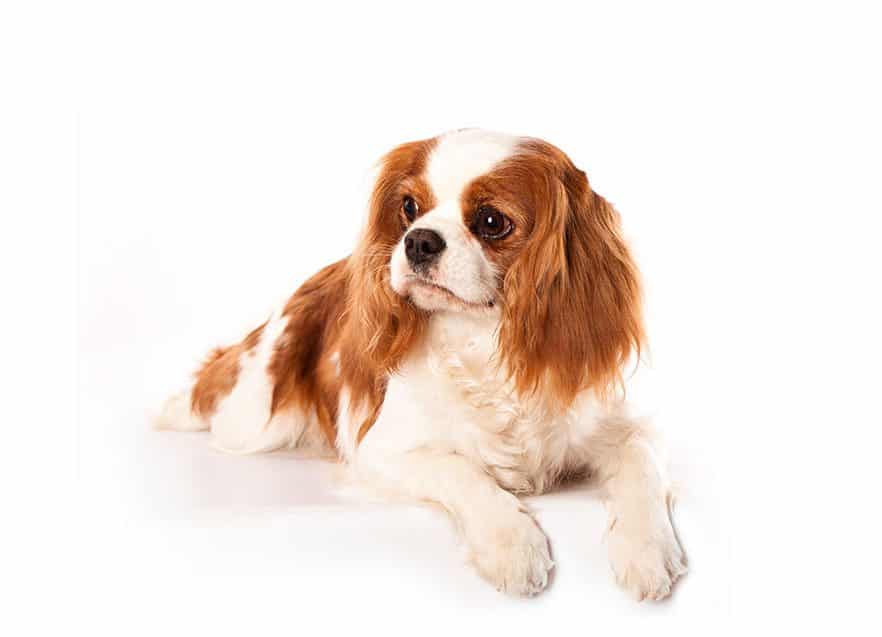 “We would like to thank you very much for breeding such a wonderful puppy! Our Ruby Cavalier King Charles spaniel is an absolute delight! She is well socialized, fearless, affectionate, loving and HAPPY all the time! Her personality is priceless! We cannot thank you enough for the daily joy she brings us! Congratulations Infinity Pups on excellent customer service, as well! The paperwork that you provided us, as well as, the toy and food were greatly appreciated. Thanks again for a wonderful experience!” – Jeffery T. 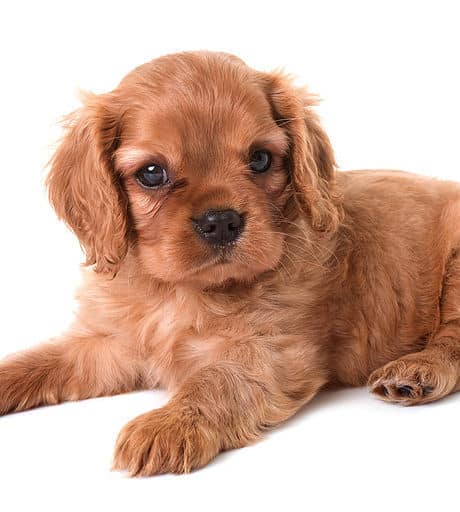 Our Cavalier King Charles Spaniel puppies for sale are silky little charmers who love to frolic and play. They are up for any activity, whether it?s hiking, fetch, or just loafing around on the couch. These puppies are loving and intelligent, and would make a wonderful addition to any family!

Do you need an adventurous, energetic companion who loves both playtime and downtime?

If yes, then browse our Cavalier King Charles Spaniel puppies for sale!

These puppies have lively, cheerful personalities and a passion for chasing things. They love people and thrive best when they have lots of human interaction. They don’t like being left alone. Chronic tail-waggers, they openly show their enthusiasm and love for life.

If you need a bright, sporty companion to lift your spirits and accompany you on adventures, pick out your Cavalier King Charles Spaniel puppy today!

People-oriented: Cavaliers love people! They are companion dogs and do best with constant companionship. They do not like being alone, so they will dog your steps wherever you go.

Flexible: Cavaliers aren’t picky. They can be hardcore adventurers or hardcore couch potatoes. It all depends on their owner’s lifestyle. They are a great in-between dog for someone who wants a small, low-maintenance toy dog who is still hardy and adventurous to go for long hikes or chase birds on the beach.

Loves to chase: For a Cavalier, the thrill of the chase is absolutely irresistible. They will chase birds, rabbits, butterflies, tennis balls…anything. This will make your Cavalier fun to play with, but watch him carefully if he’s not in a fence or on a leash. They are known to run blindly onto the road if he’s in hot pursuit of his quarry.

Friendly: The Cavalier’s mobile tail says it all! They love all people and are not afraid to show it! They get along well with strange people, but may not be able to resist chasing a strange cat or other small pet.

Sensitive: Cavaliers have soft, sensitive personalities. They are people pleasers who do well with positive reinforcement. Yelling and harsh treatment is counterproductive.

The modern Cavalier King Charles Spaniel is relatively new, technically being created less than one hundred years ago. However, its predecessor, the Toy spaniel, has a history that goes back to the 1600s.

During the 16th, 17th, and 18th centuries, Toy Spaniels were great favorites of royals in Spain (where it got the name “Spaniel,”) France, England, and Scotland. Artists often featured the dogs in their paintings of royalty.

The Stuart family, from Scotland, had a special fancy for the dogs. Mary, Queen of Scots had a Toy Spaniel with her when she was executed in 1587. So did her grandson, Charles I, when he was executed by the Roundheads, a little over sixty years later.

This Stuart weakness for Toy Spaniels was carried on by Charles II (Charles I’s son,) who apparently cared more about breeding spaniels than about ruling England. He decreed that the dogs should be allowed in any public space in England, including the Houses of Parliament. They say this decree is still in effect. But nobody has tested it out recently.

The Cavalier King Charles Spaniel gets the “King Charles” part of its name from these two Spaniel enthusiast kings. The “Cavalier” part is a shout-out to the monarchist political party who opposed the Roundheads in the civil war that cost Charles his life.

After Charles II’s death, the Spaniels were crossed with pugs and other breeds, changing their appearance. They soon developed shorter faces and domed heads. The original Spaniels featured in old paintings went nearly extinct.

However, in the 1920s, an American named Roswell Elridge became intrigued with the forgotten Spaniels of the old paintings and embarked on a quest to bring them back. He offered a cash prize to anyone who could produce a Spaniel of the “Old World type.” This sparked renewed interest in the Spaniels. Enthusiasts formed a Cavalier King Charles Spaniel Club, and the breed revived.

For a long time, the AKC was reluctant to recognize this new breed. But after years of persuasion, breeders eventually convinced the AKC to recognize the Cavalier King Charles Spaniel as a breed in March of 1995.

Cavaliers have silky, medium-long coats which may be wavy. They sport feathering on their ears, chest, legs, feet, and their always-active tails.

They come in several colors:

For medium-coated dogs, Cavaliers are fairly easy to groom. Dirt comes out of their silky coats easily, and they are moderate shedders. However, the feathered hair on their legs, ears, tail, and chest is prone to matting and tangling, so you should give those places more attention.

Cavaliers do not require clipping or trimming, even for the show ring.

Cavaliers are generally healthy. But there are still some things you should watch out for:

Like all dog breeds, Cavaliers are susceptible to hip and elbow dysplasia, two of the most common health issues among dogs.

Hip and elbow dysplasia occurs when the leg or hip becomes weakened, and it may result in arthritis or potential lameness if not addressed.

Allergens are caused by dander, which is dead skin cells. These skin cells are shed by any animal, including humans.

Because of their long coats, Cavaliers may not be the best choice for allergy sufferers. If you want a similar dog that is less allergy-aggravating, check out the Cavachon (Cavalier/Bichon Frise mix) or the Cavapoo (Cavalier/Poodle mix).

If you have someone in your home with animal allergy concerns, it is good to consult your family physician.