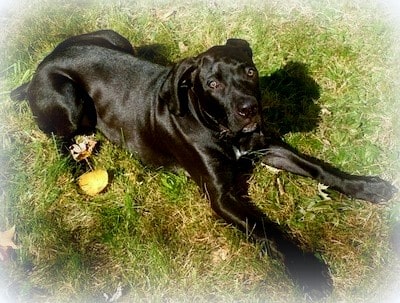 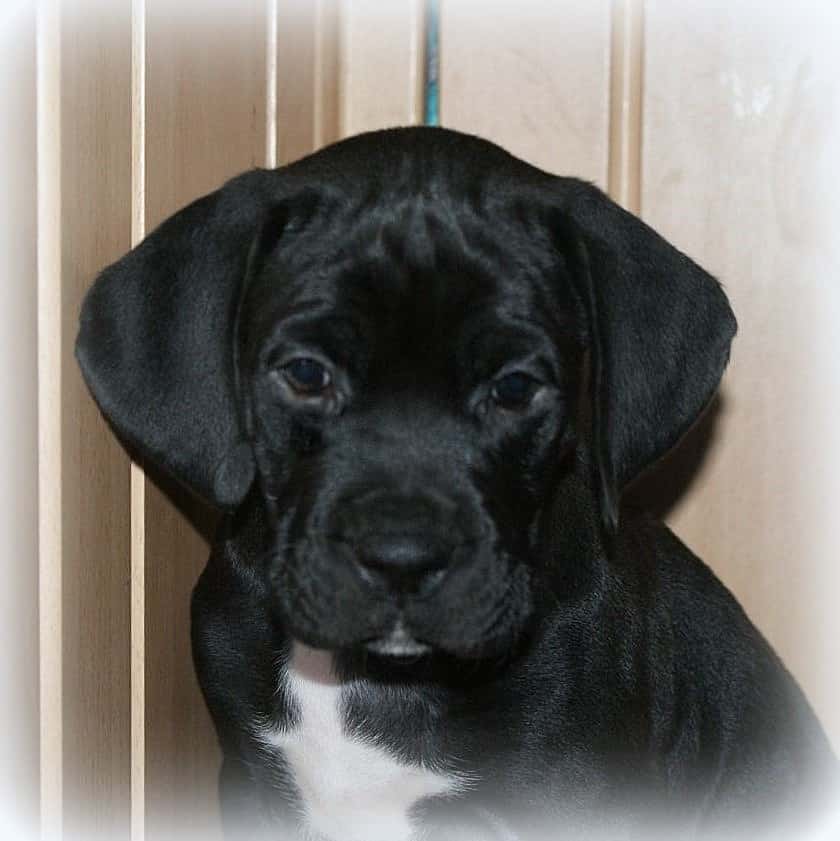 Boweimar will be a great addition to your family.

Like most breeds they respond best to training while young.

Barking is their favorite way to get your attention and they will require regular exercise.

A game of fetch is likely a favorite activity for Boweimar.

Their coat is short and low shedding but should be brush regularly.

Do you need an elegant, athletic watchdog?

Take a look at our Boweimar puppies for sale below!

Boweimars are cross between the Boxer and Weimaraner. Weighing 70-80 pounds, Boweimars are large dogs and are alert, energetic, and loyal.

Boweimars bond deeply with their owners and want to go everywhere with you.

Boweimars have short coats with low-maintenance grooming needs. They are athletic and intelligent and excel in dog sports.

Courageous Watchdog: Boweimars are protective of their loved ones and will demonstrate incredible courage to keep them safe. They are alert dogs and are quick to bark.

Intelligent: Boweimars are very intelligent dogs and independent thinkers. Boxers have historically been used in war and police work. They need firm, consistent training because they can become sneaky and demanding.

Devoted: Boweimars have a friendly disposition and love to be near their owners. If you’re active and looking for a companion to follow you everywhere, a Bowiemar is for you! However, this devotions also means that Boweimars can suffer from separation anxiety. A Bowiemar will not be happy left alone in an apartment all day.

Energetic: Weimaraners and Boxers were originally bred for hunting and working. Boweimars have incredible energy and stamina. They will be happiest with a large, fenced-in yard and need vigorous daily exercise. Bowiemars also have a strong prey drive and should always be supervised with small animals.

Great Family Companion: Boweimars are affectionate, playful, smart, watchful, and loyal. Since the 1950s, Boxers have been one of America’s favorite breeds, and Weimaraners are also known to be excellent with children and devoted companions.

The Boweimar is a mix between the Boxer and Weimaraner. It is believed that the Boweimar was bred around the 2000s in North America when designer breeds began to rise in popularity.

While there’s not much recorded history about the Boweimars’ beginnings, we can learn about this breed by looking at the history of the Weimaraner and the Boxer.

The History of the Weimaraner
The Weimaraner dates back to the Weimar Court in Germany. Grand Duke Karl August had a dream to create the perfect hunting dog.

Grand Duke Karl August bred bloodhounds, French and German hunting dogs (such as the English Pointer, German Shorthaired Pointer, and Great Danes) and created an amazing all-purpose hunting dog. The Weimaraner was courageous, intelligent, and had fantastic scent ability and stamina, as well as a good temperament.

The Weimaraner was originally bred to hunt big game (like deer, bear, and wolves) and be a companion in the evenings. As Germany’s forest shrank and big game became scarce, Weimaraners were used for hunting smaller game such as birds, rabbits, and foxes.

This elegant, all-purpose breed was kept a secret by the German aristocracy for some time. However, in the 1920s, Weimaraners started arriving in America.

Weimaraners became popular in the United States in the 1950s and were owned by notable people, including President Eisenhower and actress Grace Kelly.
William Wegman is a famous artist and photographer who features his Weimaraners in portraits. Weimaraners were also featured in Sesame Street shows in the 90s.

Today, the Weimaraner ranks number 36 out of all dogs registered with AKC.

The History of the Boxer
The Boxer we know and love today comes from the German breed called Bullenbeisser, or bull biter. These Mastiff-style breeds were used for large game hunting in medieval Germany. In the 1800s, Boxers were used in bull baiting. Butchers also used Boxers to herd and control cattle headed for the slaughterhouse.

In the late 1800s, in Munich, Germany, George Alt used his dog Flora as the foundation for the smaller, more refined Boxer we have today.

Boxers are working dogs and were among the first dogs trained for police work and even served in the German military during World War l.

In 1904, AKC recognized the Boxer as an official breed. However, the general dislike for German dog breeds in America in the early 1900s kept the Boxer from becoming popular until the 40s and 50s.

Today, the Boxer is one of America’s favorite dog breeds, ranking eighth in breeds registered by AKC.

You can expect your Boxweimar to live for 10-12 years.

Boweimars are tall, graceful dogs with smooth coats. They can be black, silver, brown, or fawn and can have white, pied, or brindle markings.

They can favor the appearance and build of a Boxer or of a Weimaraner.
Boweimars often have their tails docked as puppies.

Boweimars have short, flat coats. They are average shedders and easy to groom.

Your Boweimar will need to be brushed with a rubber curry brush or hound glove about once a week.

Boweimars are relatively clean dogs and only need to be bathed when they get dirty.

You’ll also need to keep their ears clean by gently wiping their ears out with a cotton ball and trim nails regularly.

Boweimars are susceptible to the health conditions of both the Boxer and Weimaraner.

Boxers are susceptible to heart conditions such as aortic stenosis and cardiomyopathy, thyroid deficiency, degenerative myelopathy, and certain cancers. Boxers also cannot tolerate extreme temperatures and should be kept inside.

Bloat
Boweimers are especially susceptible to a condition called bloat. Bloat, also called gastric dilatation-volvulus or gastric torsion, can affect any large breed dog and is a life-threatening condition.

Bloat is when the stomach becomes twisted, and the gases in the stomach cannot escape. The pressure from these gases affects the blood flow to the heart, and it can be fatal.

Protecting Your Dog from Obesity
You can protect your dog from one of the most common health problems: obesity. One of the best ways to extend your dog’s life is by feeding them the correct amount of food and giving them adequate exercise.

Allergens are caused by dander, which is dead skin cells. Both humans and animals shed these skin cells.

Boweimars are moderate to average shedders and are not considered hypo-allergenic. They have short, flat coats and will shed gradually throughout the year. However, since their coats are short, the shedding is easy to manage. Regular bathing and brushing can help to keep the shedding under control.
If you or someone in your home has animal allergy concerns, please consult your healthcare provider before adopting a puppy.