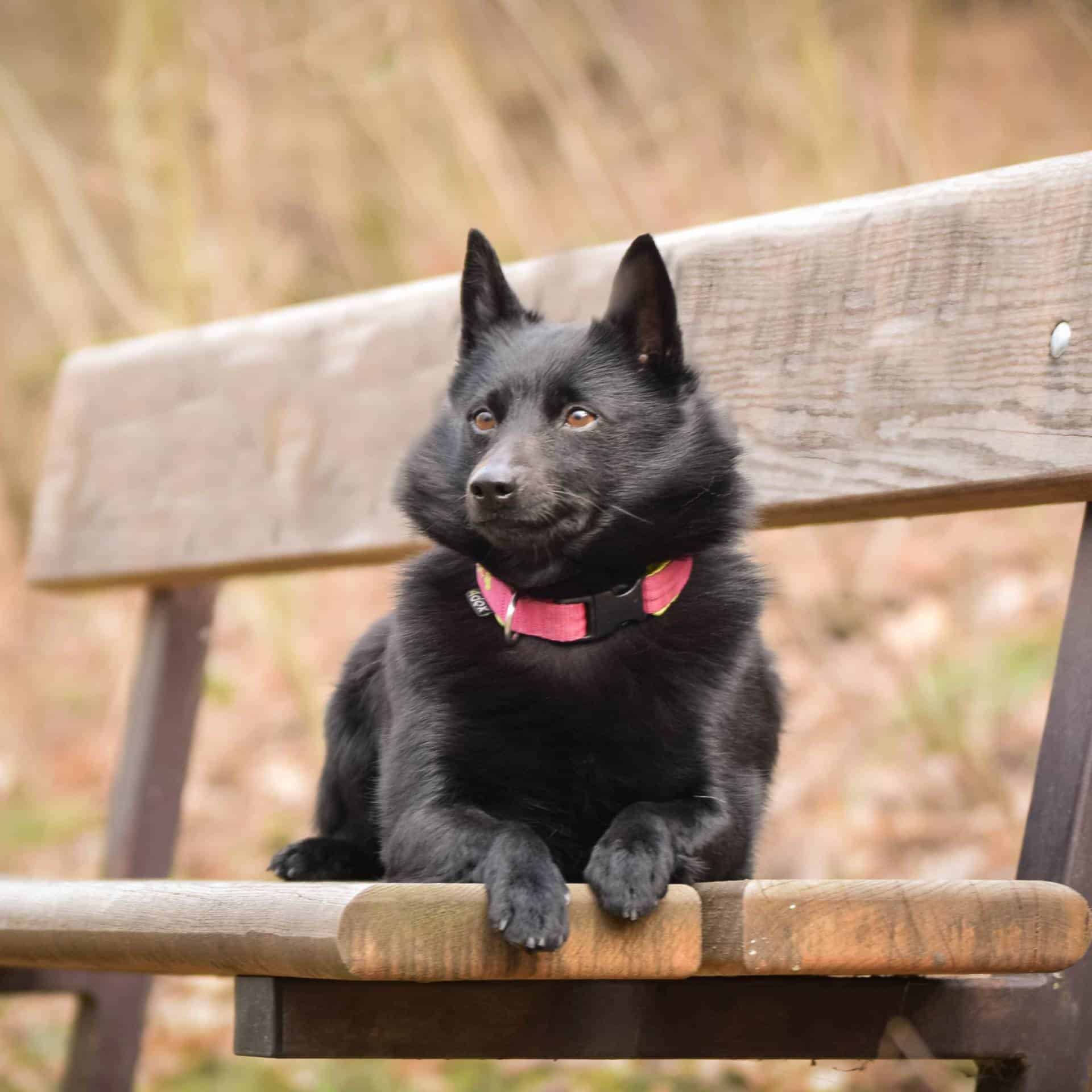 Schipperke puppies are small dogs that have a big dog?s heart.  Known for their energy and love for life, Schipperkes are curious dogs that love to explore and be active.  They are loyal to their families, are alert watchdogs, and excellent ratters. Our Schipperke puppies for sale will bring energy, curiosity, and security to your home!

Do you want a smaller dog but don’t want to sacrifice any of the “big dog heart?” Are you looking for a puppy that is energetic, loyal, and athletic?

If that is what you want in your next puppy, then take a look at our Schipperke puppies for sale!

Known for their curious attitude, high energy, and ability to be an excellent ratter and watchdog, a Schipperke puppy will bring energy into your home and remain loyal to you and your family. They are intelligent dogs and must be trained at an early age.

If you want a small dog that will bring energy and life into your home, then purchase a Schipperke puppy today!

Fearless: They may be a smaller breed, but Schipperkes don’t seem to know that! They are not afraid of confrontation, even if the other animal is larger than they are.

Curious: Schipperkes are widely known for their curious minds. They are quick to wander off if not kept on a leash or behind a fence. They are also known to be clever escape artists when they want to explore.

Intelligent: The Schipperke breed can be trained and used for highly intelligent jobs. This includes search and rescue, hearing and guide, and even sniffing for bombs and drugs. The key is to train your Schipperke early while they are young.

Alert: Schipperkes make excellent watchdogs. They are not afraid of conflict and are quick to bark or alert people to intruders. They are also excellent in getting rid of smaller vermin and rodents.

The Schipperke breed originated in Belgium and was used and bred to be a watchdog and ratter among the canal boats and docks in the Belgium region.  This earned it the title of “little captain.”

In the late 1800s, the Schipperke began to be noticed by other countries, and it eventually came to the United States in 1888.

The American Kennel Club recognized the breed in 1904.  The first official club, the Schipperke Club of America, was not formed until 1929.

Schipperke dogs are not very large.  They typically stand 10-13 inches tall at the shoulder and weigh around 10-16 pounds.

The Schipperke breed is known to live longer than many dog breeds.  The average lifespan is 12-15 years, but it is not uncommon for them to live longer.

Schipperke dogs have a fox-like face along with several distinct features:

Schipperkes have a double coat.  The outer coat is usually straight and has a slight wire texture, and the inner layer is soft and dense.

While the Schipperke’s coat looks like grooming might be a lot of work, their coats can usually be maintained by brushing several times a week.

They do shed more heavily several times a year, and during these times, it is necessary to groom more often.

They should be bathed every several months or when they are dirty.  It is also important that their hair should never be excessively long.

The Schipperke breed is an overall healthy breed.  It is important to make sure you purchase your puppy from a reputable breeder.

Like all dog breeds, Schipperkes are susceptible to hip and elbow dysplasia, two of the most common health issues among dogs.

One of the best ways to prevent this is by keeping your Schipperke from too much running on hard surfaces, especially when they are puppies.

With their longer, thicker hair, Schipperkes do cause more allergens than some breeds.  However, since their coats are relatively easy to groom and maintain, this does help keep the allergens in check.

If you have a family member with allergen concerns, it is good to consult with your family physician.