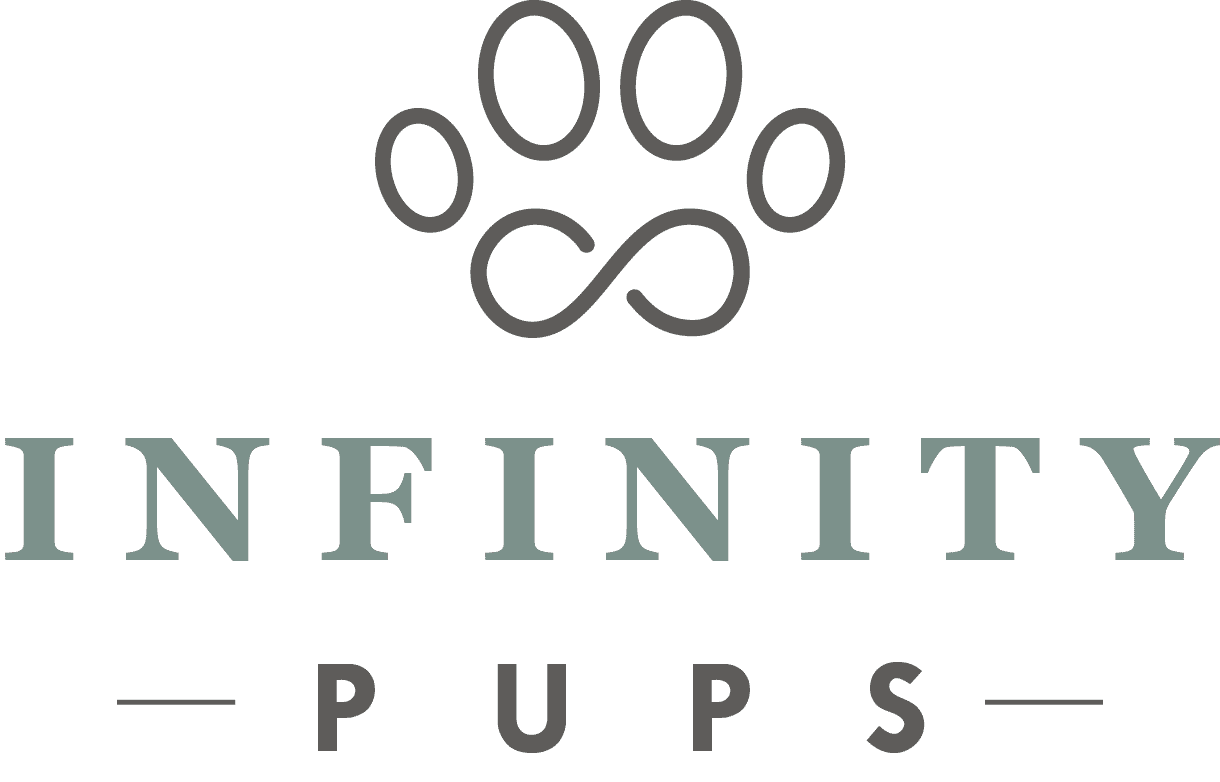 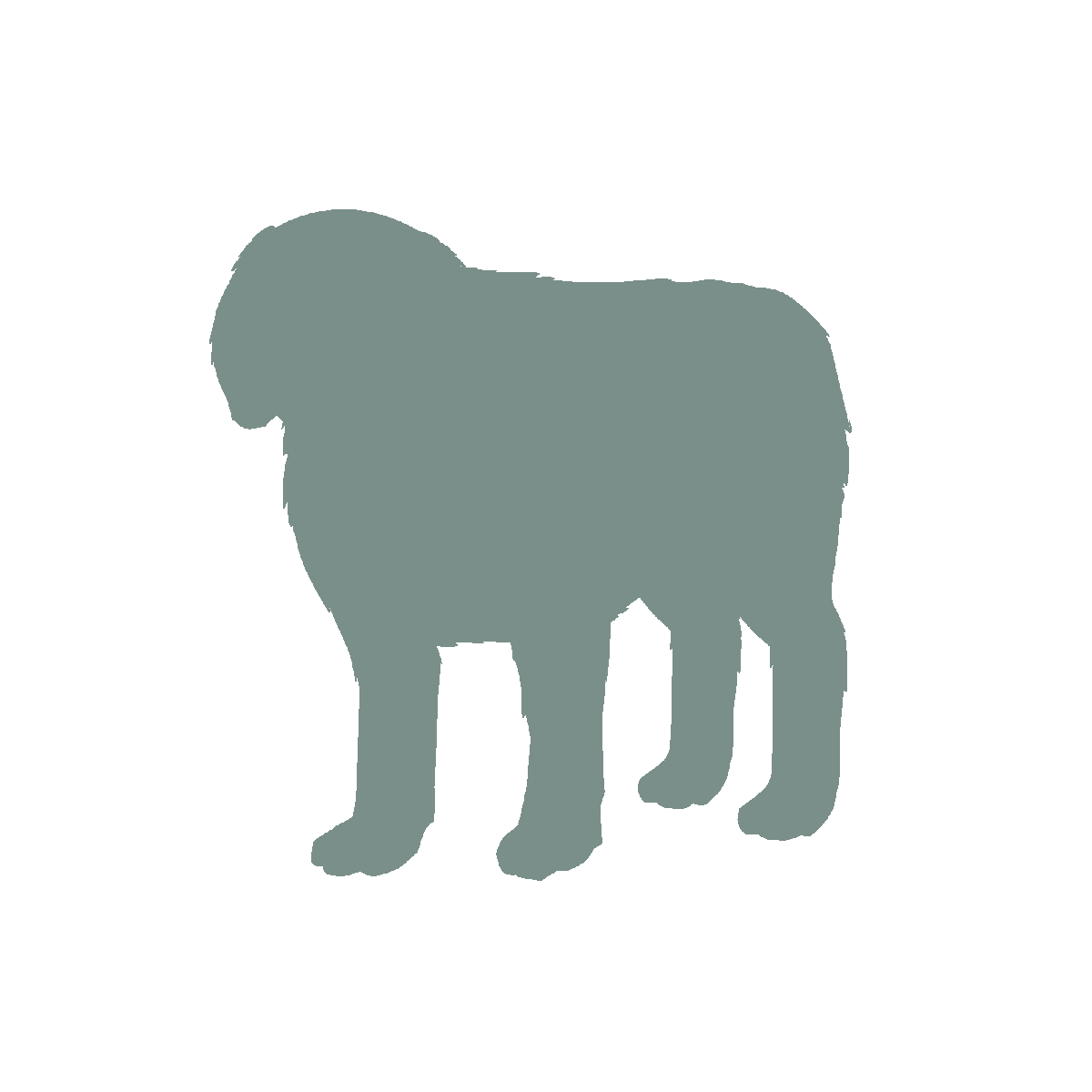 Our Rottie Poo puppies for sale are loyal, intelligent, and gentle dogs. Rottie Poos, also called Rottles and Rottie Doodles, are a cross between a Rottweiler and a Poodle. Rottie Poos are natural guard dogs, yet they are affectionate with their family members.

Rottie Poos are also athletic, energetic, and love to work, perform tricks, compete, or spend time playing with their family.

Browse our Rottie Poo puppies for sale, and bring home an athletic, trainable, and loyal companion!

Are you looking for an intelligent, loyal, and affectionate guard dog?

Take a look at our Rottie Poo puppies for sale below!

Rottie Poos are a cross between a Rottweiler and a Poodle. They are also called Rottles, Rottie Doodles, and Rottweiler Poodle Mix.

Rottie Poos are intelligent, protective, and affectionate with their family. They are typically wary of strangers but eager to please their owners!

With their intelligence and energy, Rotttie Poos are happiest when working, competing, playing with their owners, or exercising.

Intelligent and trainable: Poodles and Rottweilers are extremely intelligent and capable of learning a vast amount of commands. Such intelligence means that a Rottie Poo needs opportunities to use its mind – do not keep them in a kennel. They need to be part of the family and allowed to interact and work with humans.

Athletic: Rottie Poos love to run, swim, fetch, walk, herd, track, and compete in obedience competitions. Rottweilers and Poodles are athletic and energetic breeds, so plan to give your Rottie Poo lots of exercise!

Guard dog: Rottie Poos are natural protectors and will be aloof to strangers. Socializing your puppy is essential to prevent them from becoming aggressive. Expose your Rottie Poo puppy to a wide variety of situations, so it learns what situations are normal and safe. Puppy classes are an excellent way to socialize your dog.

Affectionate and Playful: Although they can be intimidating guard dogs, Rottie Poos, or Rottles, are real cuddlers with their family. They have a silly, playful side around their owners which is especially endearing. Your Rottie Poo will thrive on attention and doing tricks or jobs for you.

Low-Shed: The poodle is one of the lowest shedding breeds, and many people with allergies can tolerate a poodle. Rottweilers also are a lower-shedding breed. However, if you have allergies, it’s best to talk to your doctor before adopting a puppy.

As a newer designer dog, the Rottie Poo doesn’t have a lot of history of its own yet. However, we can learn a lot about this breed by looking at the history of the Rottweiler and the Poodle.

The Romans used a type of the Rottweiler for herding and guarding their livestock. After the collapse of the Roman Empire, some of these dogs were put to work in a cattle town in Germany. The town was called Rottweil, which is where the Rottweiler gets its name!

After the invention of the railroad in the 1800s, Rottweilers moved from herding and guarding livestock to police work, personal guard dogs, and even guide dogs for the blind. They also are excellent search and rescue dogs.
The Rottweiler was accepted into the AKC stud book in 1931 and now ranks number eight out of the breeds registered with AKC.

With its elegance and intelligence, the Poodle became a popular breed among the French nobles and in other parts of Europe. Because of their trainable, attention-loving nature and showy looks, poodles were often used in the circus. They have also been used for hunting truffles (underground mushrooms) with their long snouts.

There are no official standards for the Rottie Poo’s size and weight. Rottie Poos come in a variety of sizes, but are usually medium to large dogs.

Rottie Poos, or Rottles, can be a variety of sizes, builds, coats, and colors.
The most common colors in Rottie Poos are black, brown, white, gray, and red.

They often have markings on the face, chest, and legs, but this can vary.
Poodles are known for their elegant, square form when standing. They have long, narrow muzzles and long, flat ears which hang close to their head.

Rottweilers are known for their heavy-boned, muscular build and have broad muzzles with triangular-shaped ears.

Your Rottie Poo may be a mixture of these two breeds, or they may favor one of these breeds.

Rottie Poos may have a double coat like a poodle or a single and double combination coat like a Rottweiler. The amount of brushing, bathing, and trimming your Rottie Poo will need really depends on their unique coat!

If your Rottie Poo’s coat favors Poodle’s coat, they will need to be groomed every 4-6 weeks and brushed regularly, or their coat will become matted and tangled. You can take your Rottie Poo to the groomer or learn to give them a haircut by yourself.

If your Rottie Poo’s coat favors a Rottweiler’s coat, plan to brush them once a week and bathe them regularly. Rottweiler’s have a flat coat and an undercoat on their neck and thighs.

Your Rottie Poo will also need its teeth brushed and nails trimmed regularly.
The American Kennel Club recommends using a Dremel for trimming a Rottweiler’s nails.

Rottie Poos, or Rottles, are a generally healthy breed. However, as with any designer breed, its susceptible to the health conditions of the parent breeds: Rottweilers and Poodles.

Standard Poodles and Rottweilers are at risk for gastric dilatation-volvulus, also called bloat. This can occur in any deep-chested dog. Bloat happens when the stomach becomes distended with gas and then twisted. The dog is unable to release the air, and from there, it affects blood flow to the heart. Bloat can be deadly, and to prevent it, avoid hard exercise after eating for your dog. Watch for a distended abdomen, excessive salivating, dry heaving, restlessness, or weakness with a rapid heart rate.

Hypothyroidism- not enough thyroid hormones – is another condition in Poodles that can be managed with medication.

Progressive retinal atrophy (PRA) is a genetic condition that leads to blindness, and Poodles and Rottweilers are susceptible to this condition.
Poodles can also be affected by Von Willebrand’s disease, a blood clotting disorder.

Rottweilers are susceptible to Osteochondritis Dissecans, a joint disorder.

They are also susceptible to some heart problems as well as cancer.

Like all dog breeds, Rottie Poos are susceptible to hip and elbow dysplasia, two of the most common health issues among dogs.

You also can protect your Rottie Poo from another common health problem: obesity. One of the best ways to extend your dog’s life is by feeding them the correct amount of food and giving them adequate exercise.

Rottie Poos are low-shed dogs; however, they are not considered hypoallergenic.