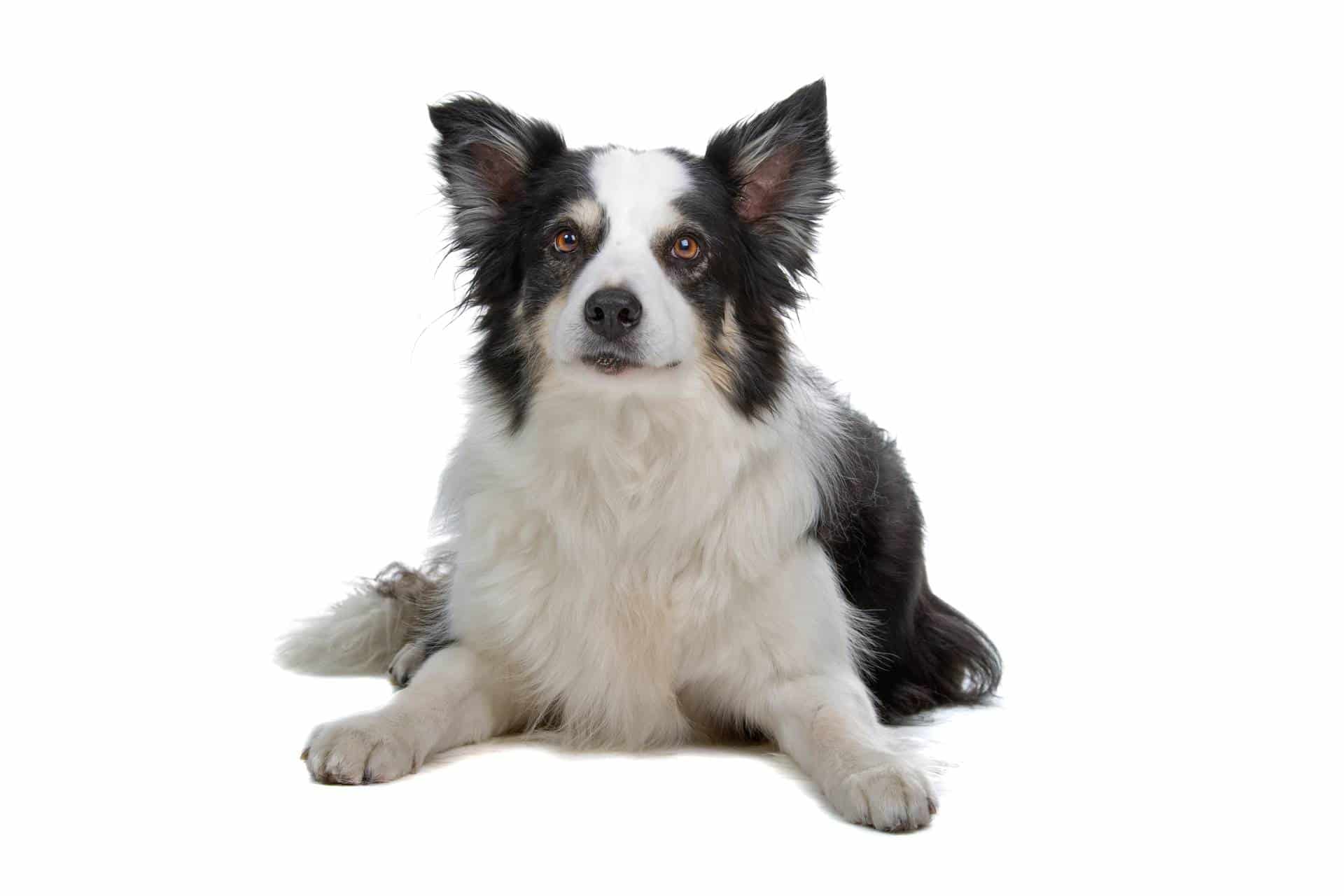 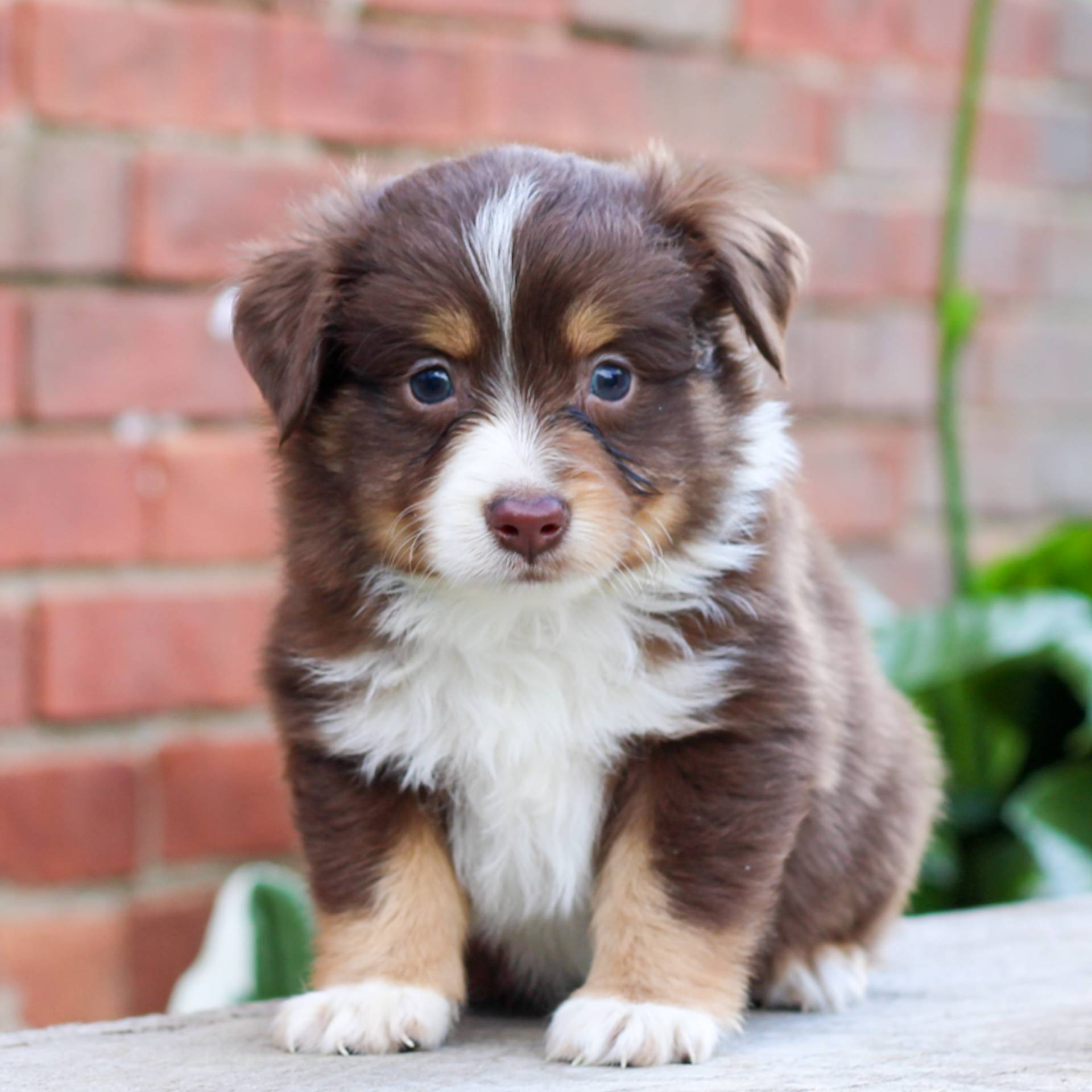 Do you need an athletic, intelligent, hardworking dog that is loyal and protective?

Take a look at our Mini Australian Shepherd puppies for sale below!

Mini Australian Shepherds, or Mini American Shepherds, are great for smaller living spaces; however, they still need vigorous exercise, mental stimulation, and lots of time spent with their owners!

You can also view our large selection of puppies available for sale as well.

A Great Companion: Australian shepherds aren’t just hard workers; they are loving companions, too! They are eager to please their owners. Devoted and loyal, you won’t be lonely with this dog! They want to be by your side all the time and shouldn’t be left at home alone for long periods.

Active & Athletic: Australian Shepherds love to run, and they have athletic bodies to back up their energy. Their agile and muscular form, combined with their energy and high stamina, make them great dogs for active owners and sports competitions!

Herding Instinct: The breed was bred for herding, and it takes this natural tendency to more than just sheep or farm animals. It has been known to try and herd animals, and even people, using nips, barks, and other herding techniques.

Intelligent: The breed has a keen intelligence and will learn new things quickly. If you start giving them consistent training and feedback as a puppy, they will grow to be an obedient and smart adult dog.

Alert & Protective: As part of the herding instinct, the breed has a wary eye for strangers or other intruders that pose a threat. They are quick to bark when something doesn’t feel right, and their first instinct is to protect whatever they are supposed to be guarding.

There are some unknowns about the exact history and breeds used to create today’s Australian Shepherd breed, but one thing is known:  The breed we have today originated from Europe, not Australia!

An indigenous group of people, called the Basques, developed a bloodline of herding dogs for their large flocks of sheep and cattle.  As Australia opened up to cattle ranchers, groups of the Basque people went to Australia to grow their herds and farms.

After a few generations, groups of Basques began migrating to California in the 1800s.  As they settled into California, many of the nearby ranchers admired the herding dogs of the Basques.

Since they arrived in California, the breed has been widely recognized as a staple on ranches, cattle farms, and living with cowboys.

The breed was originally called “Miniature Australian Shepherd” and still is in many places; however, the breed is registered with the American Kennel Club as “Miniature American Shepherd.”

You can expect your Miniature Australian Shepherd to live 12-15 years.

As you may have noticed, Miniature Australian Shepherds have unique eyes! Their eyes may be two different colors or a combination of colors, including brown, blue, hazel, and amber. They can also have flecks and marbling in their eyes.

Their beautiful coats often are multi-colored. The primary color is usually a shade of black, blue merle, red, or red merle. Their coats are typically trimmed with white or copper, or both.

Miniature Australian Shepherds have an inner, waterproof coat and an outer coat. Their outer coat is either straight or wavy and medium-long length.

Since Miniature Australian Shepherds have a double coat, they regularly shed a fair amount and even more during shedding season (usually twice a year). Because of their thick, beautiful hair, they’ll need a thorough brushing at least once a week and daily brushing during shedding seasons. Tools such as slicker brushes or undercoat rake will help to remove the shedding hair.

Your Miniature Australian Shepherd will also need other basic care such as nail trimming and teeth brushing.

Miniature Australian Shepherds are a healthy breed; however, here are some conditions to be aware of:

Two Mini Australian Shepherds with merle patterns should not be bred as their puppies can inherit recessive genes associated with blindness and deafness.
Here are the recommended Health Tests from the National Breed Club from AKC.org:

Allergens are caused by dander, which is dead skin cells. Both humans and animals shed these skin cells. Dander is attached to the hair that dogs shed.

Because of their double coat and heavy shedding, Mini Australian Shepherds are not a good choice for some with allergies.

Allergens can be kept lower if they are brushed and bathed regularly and kept clean.

If you have someone in your home with animal allergy concerns, please consult your family physician.