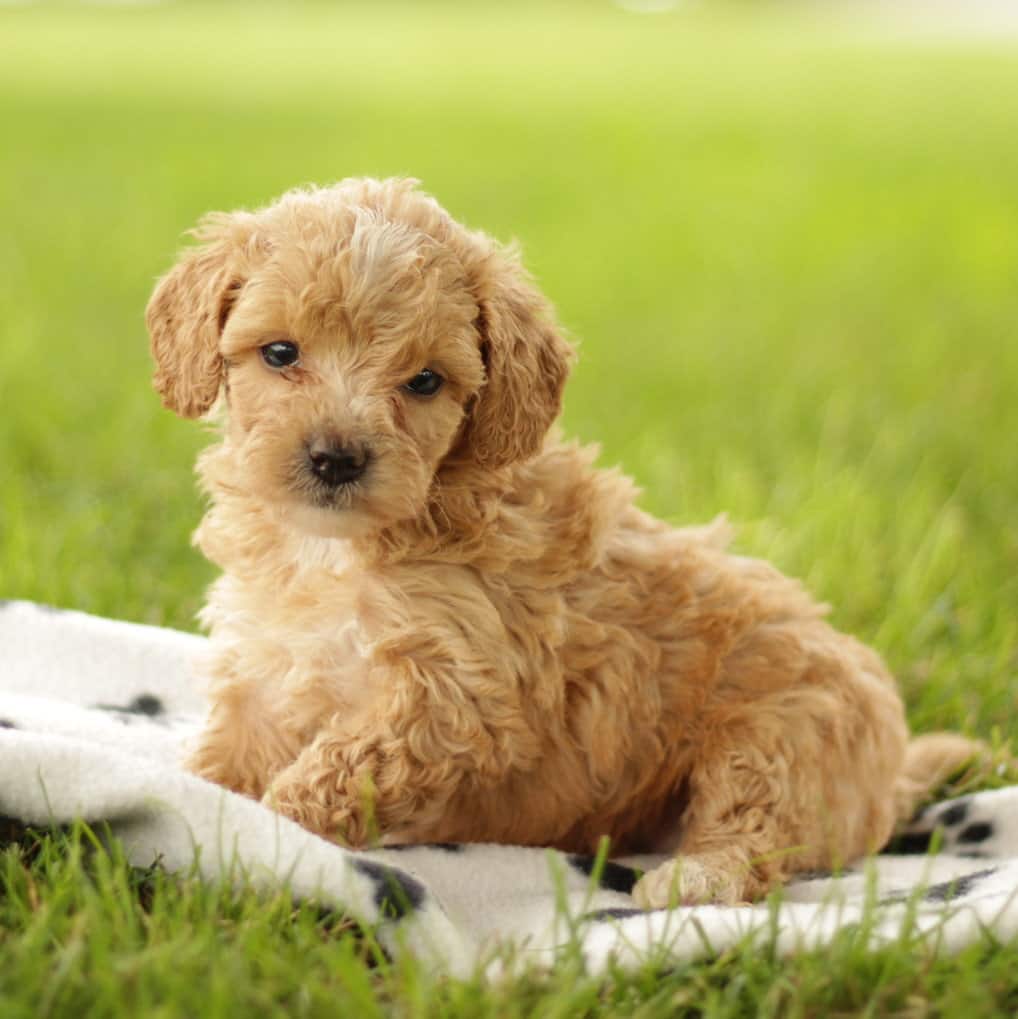 “Start to finish our experience was amazing purchasing our maltipoo with Infinity Pups!! She was perfect and so was our experience!” – Danielle N. 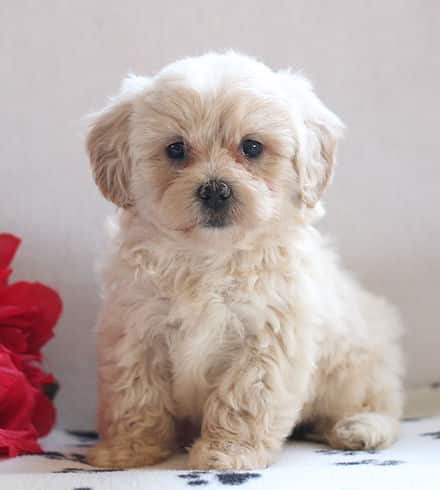 Our Maltipoo puppies for sale are darling little companions with loads of intelligence and playfulness! They love people and pets, and are a wonderful addition to any home; but beware – a Maltipoo’s big, round eyes will melt even the hardest of hearts!

Are you looking for an absolutely adorable, affectionate, and hypoallergenic companion?

Look at our Maltipoo puppies for sale!

Maltipoos are a cross between a Maltese and toy or miniature poodle, and are perfect for small homes and apartments, and generally get along with other pets.

Both Maltese and Poodles are sociable, friendly, and thrive on human love and interaction. Maltipoo puppies are intelligent, energetic, and playful – not to mention very, very cute!

That’s just part of why Maltipoos make excellent companions for almost anyone! Purchase your Maltipoo puppy today and get ready for a sweet, loyal, friend with big puppy dog eyes!

Affectionate and Loving: Maltese dogs were designed to be companions and will never tire of human company. They adore their humans and love to be the center of attention. The flip side? They can struggle with separation anxiety.

Hypo-allergenic: With Maltese and Poodles both being low-shed and low-allergen breeds, Maltipoos are considered hypoallergenic dogs and one of the best options for people with allergies! However, allergen levels differ between dogs (even within a breed), and no dog is completely allergen-free. Please consult your healthcare provider before adopting a puppy if you have allergy concerns.

Apartment Friendly: Maltipoos vary in size (5-20 pounds), but even a large Maltipoo is small enough to live happily in a small house or apartment!

Easy to Train: Because Maltipoos love their people so much, they are fairly easy to train. They are eager to please and do well with positive reinforcement. They are bright and catch on quickly. To them, training is all fun and games as long as there are people involved!

Alert: Although small, Maltese dogs can make good watchdogs. They are alert and aware of their surroundings and will let you know if anything is out of the ordinary. Consistent training can help keep nuisance barking to a minimum.

Maltipoos are a cross between a Maltese and a Miniature or Toy Poodle. Here’s a bit of history on both breeds.

The Maltese breed has had a lengthy (and Mediterranean!) history. They have been around since the time of the ancient Egyptians making it one of the oldest toy breeds.

Nobody knows the exact origins of the breed. But some believe that it developed on the Isle of Malta, in the Mediterranean Sea, from Spaniel and Spitz breeds. Others say that it originated in Italy or Asia.

Wherever they originated, these winning canine aristocrats charmed human nobility the world over. They graced the laps of Egyptian pharaohs, Roman Emperors, and Greek Tribunes.

Later, they became the favorites of European nobles such as Good Queen Bess, Mary Queen of Scots, and Queen Victoria. They were also popular among French nobles.

In the 1870s, English breeders further developed the breed, and it became known in the United States. The American Kennel Club recognized it as a breed in 1888.

With its elegance and intelligence, the poodle became a popular breed among the French nobles and in other parts of Europe. Because of their trainable, attention-loving nature and showy looks, poodles were often used in the circus. They have also been used to hunt truffles ( underground mushrooms) with their long snouts.

The Standard Poodle can be downsized to the Miniature and the Toy Poodle. If they are well-bred, each breed is a replica of each other.

Maltipoos were bred in the last 10-20 to create a breed for allergy sufferers.

Maltipoos are 8-14 inches tall at the shoulder and can weigh anywhere from 5-20 pounds.

A Maltipoo’s expected lifespan is 10-13 years.

Maltipoos can be a variety of colors but are usually white, cream, or tan. They can have silky coats like a Maltese or curly coats like a poodle.

They are known for their cute, round faces and bright, big black eyes that can melt the hardest of hearts.

Maltipoos will need to be brushed often – depending on your dog’s coat – it may need daily brushing.

They will also need regular haircuts to prevent matting and tangles. Again, this will depend on your Maltipoo’s coat; a Maltipoo with a poodle-like coat will need a hair trim about every six weeks.

Maltipoos are prone to getting tear stains around their eyes. These are not harmful, merely unattractive. Wipe their eyes with a damp cloth regularly to prevent the discharge from staining their coat.

All dogs have the potential to develop health problems. Maltipoos are no exception. Here are a few of the things you should watch for:

One of the best ways to prevent this is by keeping your dog from running too much on hard surfaces, especially when they are puppies.

Maltipoos were bred for allergy sufferers and are considered hypoallergenic. If you suffer from allergies and are looking for a pet, a Maltipoo is an excellent option for you to consider.

However, there is no such thing as an entirely hypoallergenic dog; and different dogs have different amounts of allergens.

If you or someone in your home has animal allergy concerns, please talk to your family doctor before adopting a puppy.