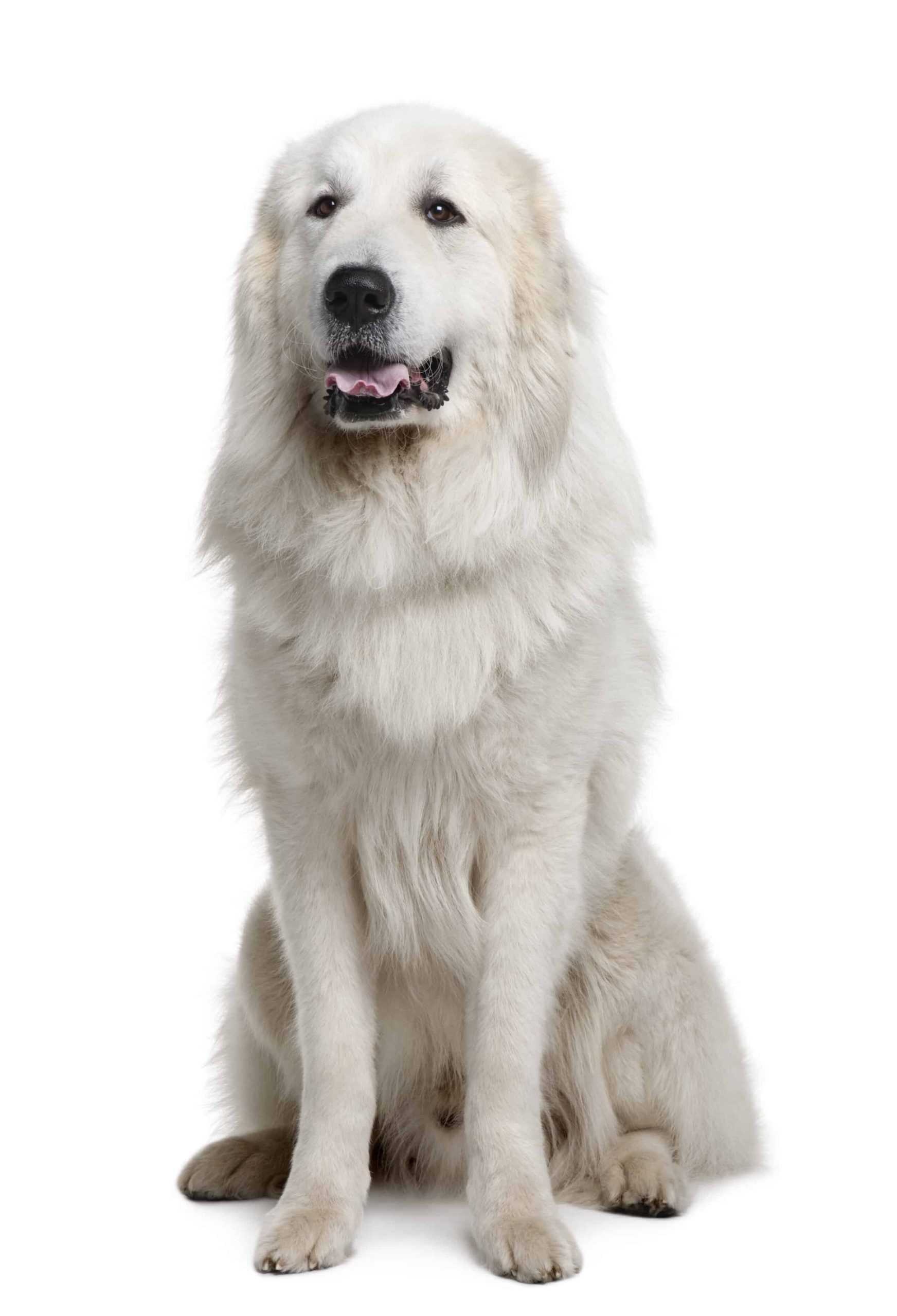 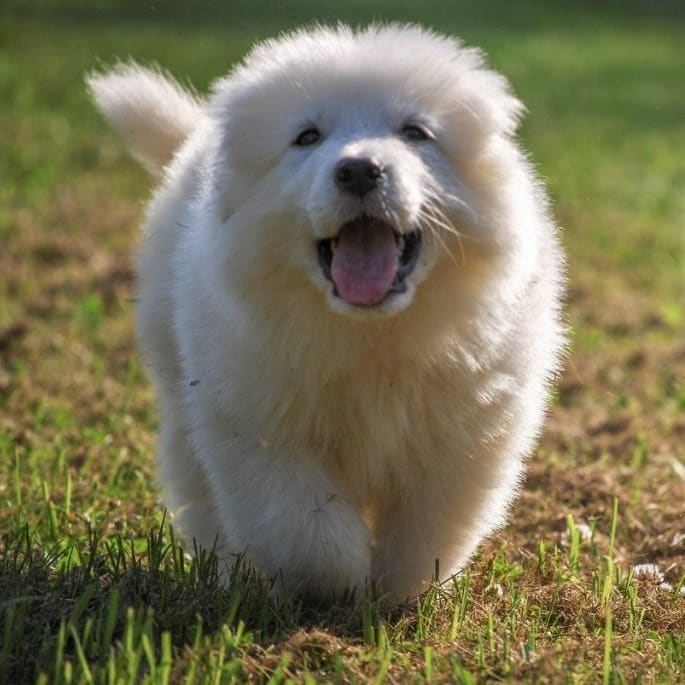 Are you looking for a larger dog breed that has a stunning white coat and brings a majestic, calm presence into your home?

If this describes what you want in your next dog, then take a look at our Great Pyrenees puppies for sale!

Bred to be a strong and watchful dog, Great Pyrenees are powerful dogs that are not afraid to work hard, keep a watchful eye for danger, and maintain a calm, consistent attitude.  They are known to be a confident breed and show patience and gentleness towards family members, particularly children.

If you are looking for a calm protector for your family with a majestic coat and presence, then purchase your Great Pyrenees puppy today!

Watchful: Great Pyrenees were bred to protect and watch flocks and cattle, and these traits continue with the breed today. They are not overly aggressive, especially if properly trained, but they will keep a watchful eye for their owners and family.

Calm: While they can quickly spring into action if required, Great Pyrenees are known for having a natural zen-like attitude. They view their role as watching and protecting those around them and not always needing to be part of the action.

Patient: Great Pyrenees are known to be patient towards their family members, and particularly smaller children. They interact with children in a gentle and calm attitude.

Smart: Proper training is critical for Great Pyrenees, and they train well if it is done early and consistently. They are intelligent and independent, and if left to themselves, they can quickly follow their instincts.

Powerful: The breed is sturdy and powerful, and some Great Pyrenees are still used to pull carts. They were bred to defend against larger predators, and their bodies and attitudes are equipped for this role.

Great Pyrenees were at one time the royal dog of France, and they have their origins in the Pyrenees Mountains in Southern France.

Descending from older dog breeds that were similar to various mastiffs, the Great Pyrenees was bred and trained to protect flocks and herds that would graze on the mountains and plains.

The dog was popular among shepherds and farmers because they were brave dogs that were not afraid to fight off attacking wolves, wild dogs, and other predators.

Their thick, white coats also allowed the breed to stay warm in the winter and blend in with the snow.  This allowed the dogs to more easily sneak up and catch predators that were close to the flocks.

In the 1600s, the Great Pyrenees breed became the royal dog of France, and the breed began to be used to guard buildings and estates of the wealthy.

During the 1800s, the breed began to gain popularity outside of Europe and was brought to North America, Great Britain, and other cold regions.

In the United States, the Great Pyrenees breed was officially recognized by the American Kennel Club in 1933.

Great Pyrenees are a larger breed, and adult dogs range from 25-32 inches tall at the shoulder.

Great Pyrenees have one of the most stunning coats, especially for larger dog breeds.  Their lush coat is usually all white, but some may have some off-color markings.

Their coat is a long, thick double coat.  They also have plumed tails that sometimes curve into a natural shepherd?s crook.

Because they do have a thick double coat, it is important to be consistent with grooming and watch for tangles.  The good news is the breed sheds less than expected, especially with its thick coat.

While their coat does naturally resist tangles and shed dirt, it still takes regular grooming from the owner to keep the coat clean and beautiful.

It is recommended that you give your Great Pyrenees a thorough grooming several times a week using a pin brush or slicker brush.

The Great Pyrenees breed is overall healthy, but there are a few things that should be checked regularly.

Because of its long coat and hairy ears, it is essential to regularly check your dog for infections that can come when the hair does not dry correctly.  This is most common in the ears and other places where moisture is not able to dry quickly.

Like all dog breeds, Great Pyrenees are susceptible to hip and elbow dysplasia, two of the most common health issues among dogs.

Even though they are not known as heavy shedders, it is important to note that the longer coat on the Great Pyrenees can cause allergen concerns.  If you have someone in your home with animal allergy concerns, it is good to consult the family physician.