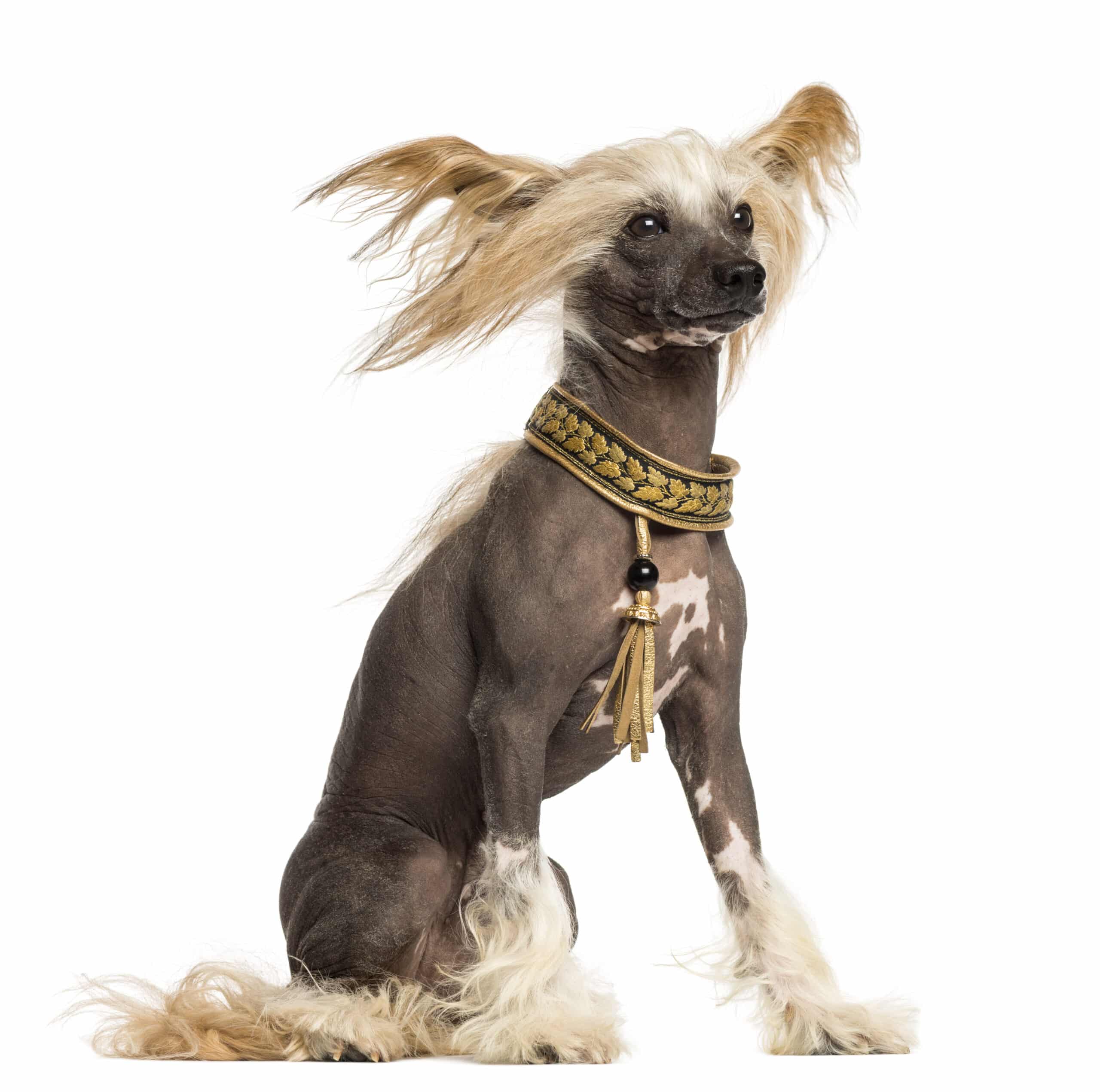 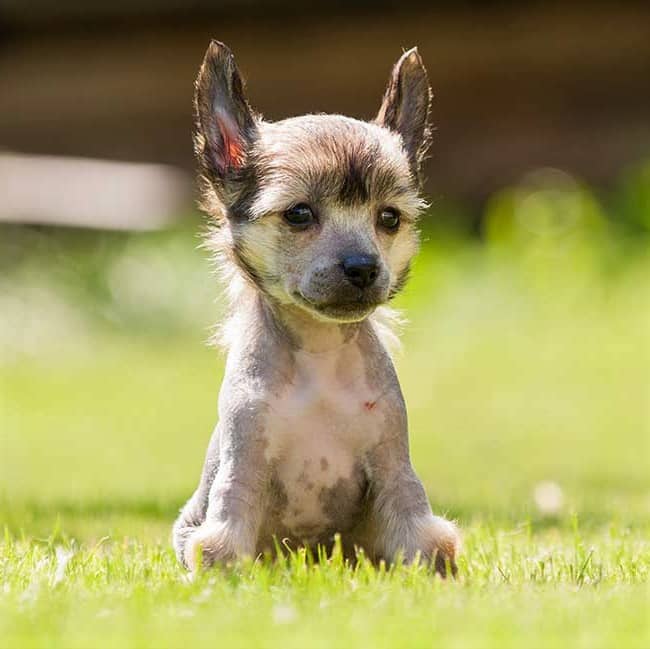 Are you looking for a Toy dog with love for human interaction, dedication, and a big heart?  Do you want a friendly lap dog with distinct, soft features and a playful attitude?

If that describes your next puppy, then look at our Chinese Crested puppies for sale!

Known for their distinct graceful, fairy-tale look, Chinese Crested dogs thrive on spending time and playing with humans, and especially with children.  With a sensitive spirit, they also usually bark less than some other Toy breeds.

If you want a Toy dog with a sensitive spirit to be your loving companion, then purchase a Chinese Crested puppy!

Sensitive: The Chinese Crested dog is a sensitive breed and is quick to react to its surroundings, especially if they are negative. Most of the dogs require human interaction, and they often become needy if left alone for too long.

Love children: Chinese Crested dogs love social interaction, and they are especially fond and good with children. Because of the dog?s size and love for children, it is critical to watch and train children to play correctly with a Chinese Crested puppy without hurting it.

Playful: Chinese Crested dogs love to play and interact with humans. Even though they are more sensitive, they love having fun and being involved with the family action.

Dependent: The breed does not do well when left on their own for too long. They desire and need regular human interaction to thrive. Many Chinese Crested owners report that their dogs love to sit on their laps for extended periods.

Athletic: Because they are small and have little hair, many people assume they are slow or not very agile. This is far from the truth! They are speedy and quick for their size and are known for jumping quite high for their height.

The exact history of the Chinese Crested breed is unknown, but it is thought that it did not originate in China.  They were probably brought to China from the African continent.

Hairless dogs are rare and usually a result of a natural genetic mutation.  When they were first brought to China, it is thought that the breed was larger than their size today.  Chinese breeders were able to take these larger dogs and breed them down to their current Toy size.

Popular on Chinese merchant ships, the Chinese Crested dog soon found itself being traded and exchanged at ports around the world.

Two women, Ida Garrett and Debra Woods, are credited for making Chinese Crested dogs popular in the United States in the late 1800s.  Through writing and speaking, they promoted the Chinese Crested breed.

It took time, however, and the American Kennel Club did not recognize the breed until 1991.

Chinese Crested dogs are a Toy breed, and they usually stand only 11-13 inches tall at the shoulder.

The average weight is 8-12 pounds.

Chinese Crested dogs are easy to spot in a crowd! Not only are they small, but they also have a distinct pony-like appearance with tufts of hair on their head (like a mane), their feet, and their tail.

There are two main types of Chinese Crested dogs, and they both have their distinct features.

Although they have less hair than most dog breeds, that does not mean the Chinese Crested breed takes less care or maintenance.

This is especially true with the Hairless type.  Similar to humans needing to wash and care for our exposed skin, this is a similar need for many Chinese Crested dogs.

Care needs to be taken to regularly wash and moisturize the skin to ensure that it doesn’t dry out.  Watch for scrapes, bruises, or sunburns on the skin.

The hair should be brushed regularly, and preferably daily on the Powderpuff type.  Both types have a silky undercoat that becomes matted if it isn’t groomed regularly and carefully.

Due to the Chinese Crested?s small size and exposed skin, there are several things to watch for with its health.

First, some develop progressive retinal atrophy, which is an eye condition that can eventually lead to blindness.  Have the eyes checked regularly by your local vet.

Second, watch for allergies and other things that cause rashes or scabs on the skin.  Dry and scabbed skin is a common problem, so make sure your Chinese Crested’s skin remains clean and moisturized.

Third, they are a Toy dog that enjoys playing with children, and this is not always a good combination!  Make sure children are trained to be sensitive and gentle with Chinese Crested dogs, especially when the dog is a puppy.

Like all dog breeds, Chinese Crested dogs are susceptible to hip and elbow dysplasia, two of the most common health issues among dogs.

One of the best ways to prevent this is by keeping your Chinese Crested from too much running on hard surfaces, especially when they are puppies.

Because they have less hair and are so small, Chinese Crested dogs release fewer allergens than many dogs.  However, it is crucial to keep them groomed and cleaned regularly to maintain this lower allergen level.