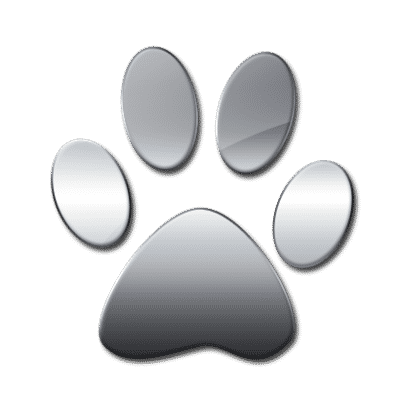 Our Newfypoo puppies for sale are sure to bring joy and friendship to your home! They are an even-tempered, low-shed breed, affectionate, and get along well with children. They love to swim, learn tricks, and work with humans. Newfypoos often have curly hair, which makes them look like giant teddy bears. Browse our Newfypoo puppies and bring home a big-hearted gentle giant!

Are you looking for a big, gentle dog that is affectionate yet protective?

Take a look at our Newfypoo puppies for sale below!

Newfypoos, a cross between the Poodle and Newfoundland, look like giant teddy bears and are known for their amiable, people-loving personality. They are intelligent and love to work with humans. They also are a low-shed breed.

If you have the space for this large, loveable breed, it’s an excellent family companion and watchdog!

Purchase your Newfypoo puppy today and experience the joy of an affectionate, gentle, and loyal companion! You can also browse our other puppy breeds.

Intelligent and trainable: Newfypoos are smart and love to work with their owners! Training this breed is especially important, as it’s one of the largest breeds. A 150-pound dog that pulls on its leash or jumps up on people isn’t just annoying; it can be dangerous! Thankfully, they have sweet temperaments, which makes them eager to please their owners.

Low-shed: The poodle is one of the lowest shedding breeds, and many people with allergies can tolerate a poodle. The Newfoundland also is a low-shed breed. However, if you have allergies, please talk with your doctor before adopting a puppy.

Natural Swimmer: Poodles and Newfoundlands were bred for swimming – and they love it! Plan to let your Newfypoo have some swim time, and you’ll have a happy puppy!

Watchful: Newfypoos, although friendly, have a protective nature. Not only do they have an intimidating presence and loud bark, but they also keep a watchful eye on their humans.

Since they are a recent breed, there is not much history about the Newfypoos at this point. To learn more about the breed, let’s look at the history of the parents!

The Newfoundland is a very ancient breed. In fact, it’s said to date back to the Vikings! Some sources say it has ancestry from the American Black Wolf (now extinct).

In the 1700s, the Newfoundland was used by fishermen as a working dog and a companion. Why were Newfoundlands the perfect dog for these fishermen?
Newfoundlands have thick coats which keep them warm (and waterproof) when dragging a fish net to shore – or even saving someone’s life. That’s right, Newfoundlands are not only excellent swimmers, but they are strong enough to save a drowning person! Newfoundlands have a strong instinct to rescue, and they are calm, loyal, and affectionate companions.

With admirable traits and abilities, the Newfoundland is one of the most beloved breeds in history.

Explorers Lewis and Clark had a Newfoundland named Seaman travel with them for the entire trip.

Lord Byron had a beloved Newfoundland called Boatswain. He wrote a poem about Boatswain and had a large moment built for his dog.

The Newfoundland was registered by the AKC in 1886 and ranks forty out of all breeds registered with AKC.

As with any crossbreed, it’s hard to predict exactly what a Newfypoo will look like. However, there are a few traits that many Newfypoos have in common.

Newfypoos (also called Newdles) often have thick, curly, oily hair. Their coats are often black, brown, or gray, or combinations of these colors.

Another thing Newfypoos have in common: they are big! Male Newfoundlands can weigh up to 150 pounds.

Their size, combined with their thick, curly hair, makes them look like loveable, oversized teddy bears.

Newfypoos have lovely, thick, curly coats that will need a thorough brushing a few times a week to prevent matting. The bright side is that their thick coat doesn’t shed much.

Newfypoos also have a bit of an oily coat. This means you may find oily marks on your dog’s bed or on your furniture. It’s recommended to give your Newfypoo a bath once a month. Bathing more often than this could strip the coat of its natural oils.

Plan to take your Newfypoo to the groomer a few times a year for a trim.
Your Newfypoo will also need its teeth brushed and nails trimmed regularly.

Whatever dog breed you own, you can protect your dog from one of the most common health problems: obesity. One of the best ways to extend your dog’s life is by feeding them the correct amount of food and giving them adequate exercise.

Standard Poodles and Newfoundlands are at risk for gastric dilatation-volvulus, also called bloat. This can occur in any deep-chested dog. Bloat happens when the stomach becomes distended with gas and then twisted. The dog is unable to release the air, and from there, it affects blood flow to the heart.

Bloat can be deadly, and to prevent it, avoid hard exercise after eating for your dog. Watch for a distended abdomen, excessive salivating, dry heaving, restlessness, or weakness with a rapid heart rate.

Hypothyroidism- not enough thyroid hormones – is another condition in poodles which can be managed with medication.

First of all, what causes allergens?

Allergens are caused by dander, which is dead skin cells. Both animals and humans shed these skin cells. Dander is attached to the hair that dogs shed.
Although no dog is truly hypo-allergenic, Newfypoos are low-shed dogs, so the risk of allergens is reduced in this breed.