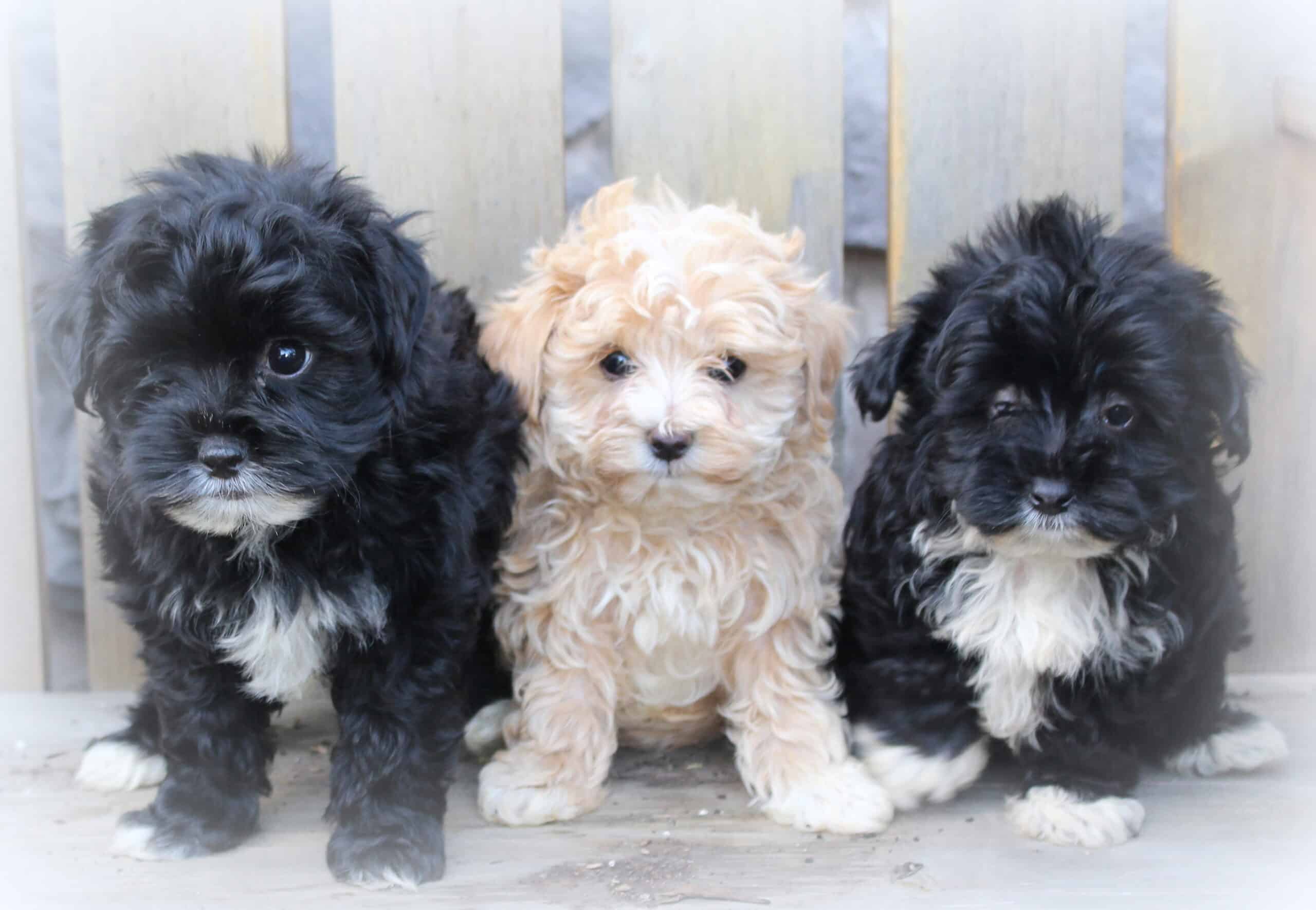 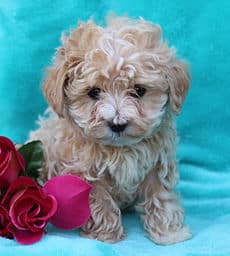 These Havapoo puppies for sale make great companions for seniors, families with kids, or singles in apartments. Sweet, friendly, and personable, your Havapoo will be your best friend for life!

Do you need a cuddly, curly, little companion who thinks you have no faults?

You have come to the right place! Browse our Havapoo puppies for sale!

This Havanese/Poodle hybrid is a sunny, affectionate breed whose love extends to the whole human race. They are extroverted and outgoing. There’s nobody they don’t like! Although they happily let you know when there is someone at the door, they don’t make great watchdogs – they are simply too sweet.

Havapoos take little maintenance and are an excellent choice for allergy sufferers, as some say they are hypoallergenic. They make a great addition to any family. Purchase your Havapoo puppy today, or browse our other available puppy breeds!

Friendly: These dogs have never met a stranger! They love both “their” people and every other person on the planet. You won’t have to worry about your Havapoo tearing into strangers.

Affectionate: Havapoos are free with their affections and show them unconditionally. They love to cuddle and play with their people.

Smart: Like their Havanese and Poodle parents, Havapoo puppies have smarts. They are intelligent and eager to please, which makes them a breeze to train.

Playful: Havapoos have playful, sparkling, effervescent personalities. This, combined with energy and friendliness, makes them one of the best dogs for kids. But unlike most kids, Havapoos are not hyperactive. They are moderately active and fairly low maintenance when it comes to exercise needs.

Non-aggressive: If you need a fierce, loyal watchdog, don’t get a Havapoo. They are way too sweet to ever make good guard dogs. Havapoos generally get along with everyone, humans and other animals alike.

Havapoos made their debut sometime after the 1980s when designer breeds exploded in popularity. So they have been around for thirty years or so. Nobody knows the exact origins of the Havapoo, but both its parents have long, reliable histories as companions and pets.

The Havanese is an ancient Cuban native. It gets its name from the capital of Cuba, Havana. Colonists bred the Havanese to be a lapdog for Spanish nobles.

Havanese dogs are intelligent and trainable. They make fantastic trick dogs. Their nickname is the “Velcro dog” because they stick to their humans like velcro.

The Poodle originated in Germany. Poodles were originally intended to retrieve waterfowl, but the breed’s winning personality soon made it a favorite companion of French aristocrats.

Poodles are smart and active and come in three sizes: standard, miniature, and toy. They often rank in the top 10 most famous and trendy dog breeds. You can trace a lot of the Havapoo’s good nature back to its poodle lineage.

Each Havapoos’ size and appearance vary depending on its parents. But in general, they stand 8-11″ at the shoulder and weigh 7-13 lbs.

Havapoos have an average life expectancy of 12-15 years.

Like all mixed breeds, a Havapoo puppy’s appearance depends on its parents. They generally have medium-long coats. Their coats are thick, luxuriant, and somewhere on the spectrum of wavy to curly. They come in any color, from white to apricot to black.

Havapoos don’t shed much. But daily brushing is a good idea to keep their curly coats from getting matted and dirty. It’s also a good idea to bathe them at least monthly, and to get them clipped from time to time.

As a mixed breed, Havapoos can inherit health problems from either side of their ancestry. Some common issues may include:

If you struggle with allergies, good news! Many consider the Havapoo to be hypoallergenic.

However, there is no such thing as a completely hypoallergenic dog. If you have someone in your home with animal allergy concerns, it is good to consult your family physician.