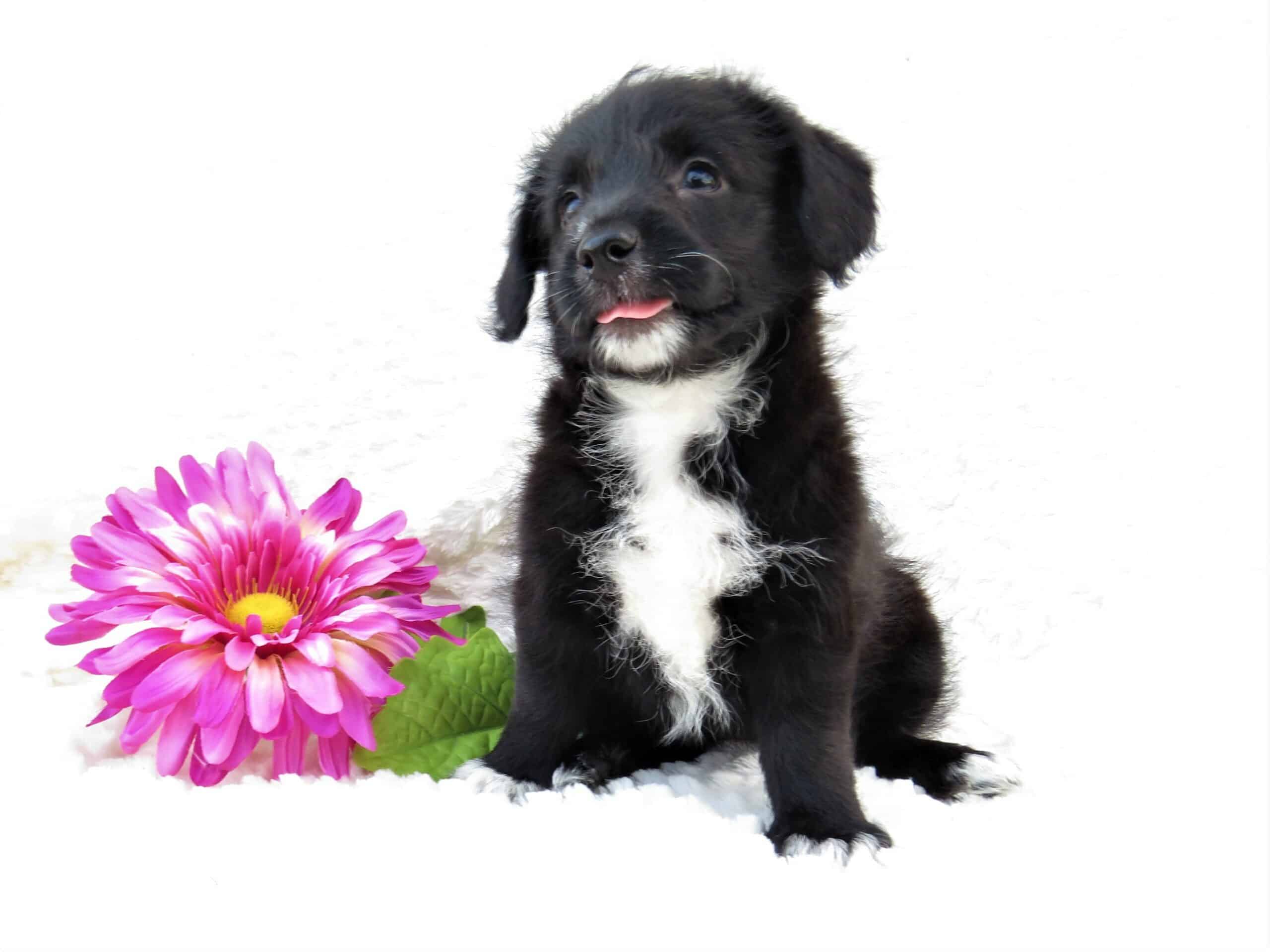 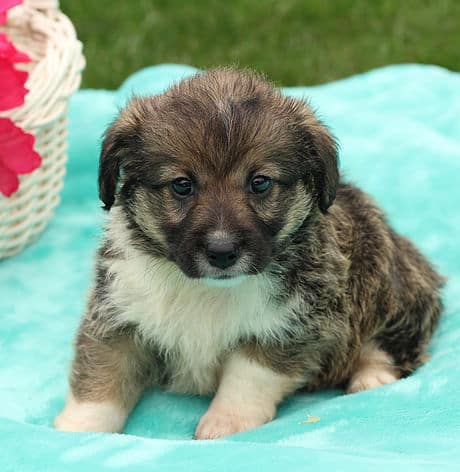 These Corgipoo puppies for sale were specifically designed to melt hearts. This Welsh-Corgi/Poodle mix is lively, playful, and funny. They are known to be tricksters! Their cuteness sometimes allows them to get away with murder. If you need an alert, affectionate little dog to bring joy to your home, a Corgipoo is the dog for you!

Do you need a high-energy companion dog who loves to clown around?

Check out our Corgipoo puppies for sale!

Obviously, a cross between a Poodle and a Corgi is going to be a fantastic mix. Both parent breeds are extremely popular. The Corgipoo lives up to the expectations! With a Corgipoo in the house, you will constantly be either on your toes or rolling on the floor laughing.

Corgipoos are small, so they make good apartment dogs, but watch them carefully! Corgipoos are incorrigible pranksters and get into trouble easily. Train your Corgipoo well.

If you are ready for an energetic, flamboyant little companion, pick out your Corgipoo puppy today!

Intelligent: Corgipoos inherit intelligence from both sides of their parentage. Poodles and Corgis are both smart breeds. Because of their high intelligence, Corgipoos should receive good training and lots of mental stimulation.

Curious: To go along with their intelligence, Corgipoos are often curious and like to investigate things.

Mischief-Maker: Combine intelligence and curiosity and you often get…Mischief. Corgipoos are so smart and lively they easily get into trouble. However, this also makes them quite amusing. Train your Corgipoo well and all will be fine.

Friendly: Corgipoos love people! They tend to be friendly with humans and other animals alike, and don’t have a big problem with strangers.

The Corgipoo is a designer breed. This means it is a cross between two AKC-recognized breeds, in this case, the Poodle and the Welsh Corgi. This means the AKC does not recognize the Corgipoo as a breed itself.

Nobody knows the exact origins of the breed, but it is fairly recent, and probably shares its origins with the rest of the “doodle” mixes. In the late 1980s, it became popular to cross Poodles with just about everything. The Corgipoo probably made its debut during this craze.

So although the Corgipoo is less than half a century old, both its parents have lengthy and meritable histories.

The Poodle has been an immensely popular breed for years. Although they are the national dog of France, Poodles actually originated in Germany. With excellent swimming skills and top-notch intelligence, they made superb water retrievers. Later, the Poodle’s qualities helped it to rise from a working dog to a favorite of royals in France and England. Today it remains one of the most popular dog breeds in the world.

The Poodle in a Corgipoo generally comes from a Miniature Poodle, as they are similar in size to Corgis, but it can come from Standard or Toy poodles as well.

The word “Corgi” comes from the Celtic word for dog. The Celts used Corgis as herd dogs over 1,000 years ago. The Corgi’s short, low-to-the-ground build allowed them to nip at the heels of cattle without getting kicked. In folklore, Corgis were the dogs of fairies and were given to families in need of protection. These adaptable dogs have also served as all-around farm dogs, hunting dogs, family dogs, and athletes.

The Corgi in a Corgipoo can come from either a Cardigan Welsh Corgi or a Pembroke Welsh Corgi.

Because they are a hybrid, Corgipoos can inherit physical and personality traits from either parent. Their appearance is unpredictable, so every Corgipoo is unique! Some Corgipoo puppies have stand-up ears. Others get floppy ears. Weight and leg length are just as diverse and unpredictable.

However, although their appearance has variety, Corgipoos generally have the body of a Corgi and the soft coat of a Poodle. They come in lots of colors: black, white, gray, brown, or spotted. With Corgipoos, you never know what you’ll get. But whatever it is, it will be cute!

Corgipoos usually inherit a dense, wavy, medium-long, coat from their Poodle parent. This will require frequent brushing to prevent matting and tangling. Poodles shed very little, and if you are lucky, your Corgipoo will inherit this trait.

Your Corgipoo may shed more if it closely resembles its Corgi parent.

Being a hybrid, Corgipoos are typically a healthy breed. Crossing two pure breeds creates a hardier dog with a lower chance of developing the health issues common to either breed. However, there are still some problems to look out for:

Allergens are caused by dander, which is dead skin cells. These skin cells are shed by any animal, including humans.

Because of their Poodles parentage, Corgipoos are often hypoallergenic. However, Corgis are not always hypoallergenic, so if your Corgipoo takes after its Corgi parent, it may cause some allergies.

If you have someone in your home with animal allergy concerns, it is good to consult your family physician.