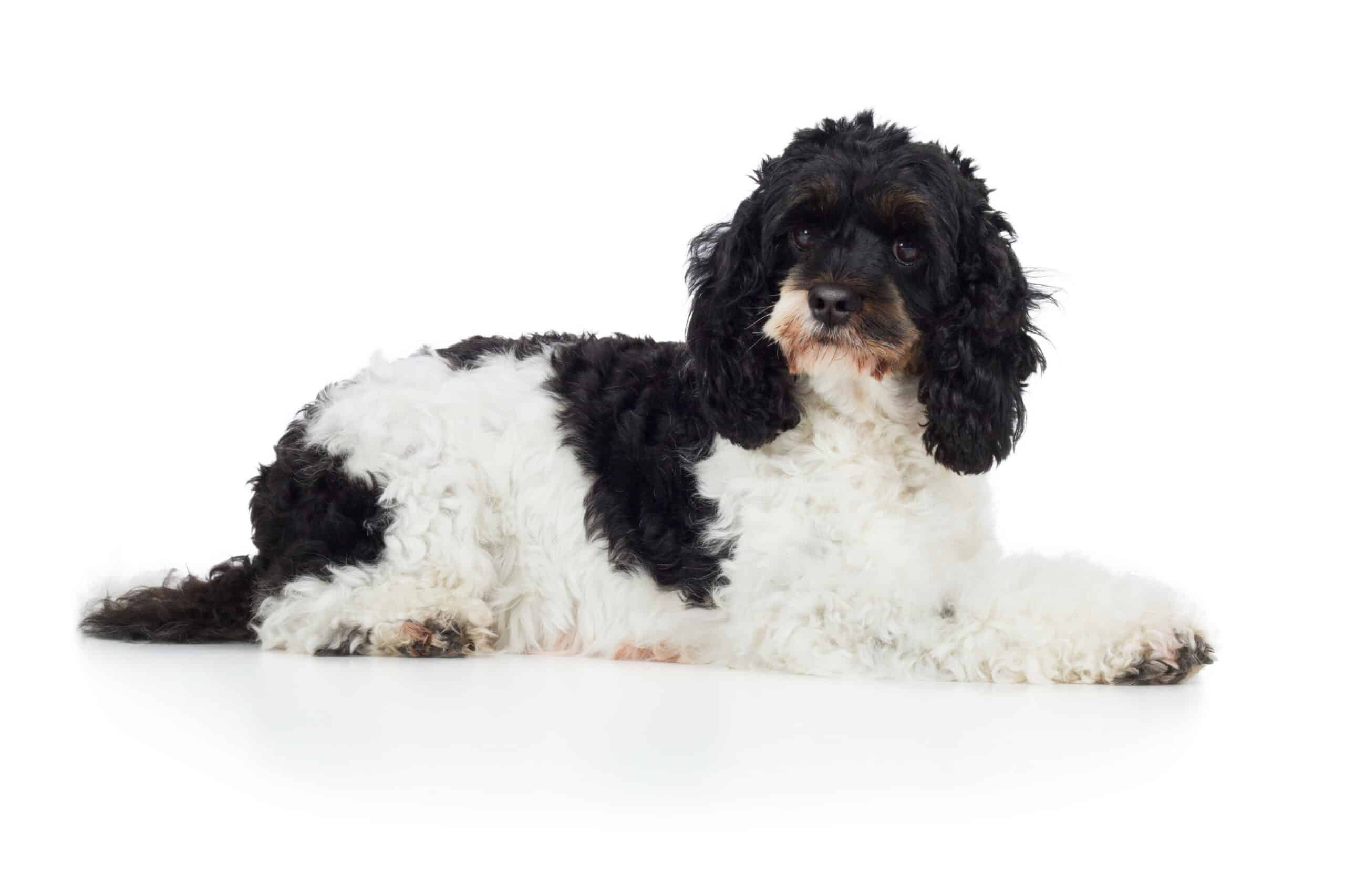 “I got my puppy Hazel 2 weeks ago. I was Leary of sending money and the shipping process to get her to me. Melvin was very straight forward and helpful and the process was fast. I love my little cockapoo and would recommend this site to others wanting puppy love.” – Gail Beaupre P. 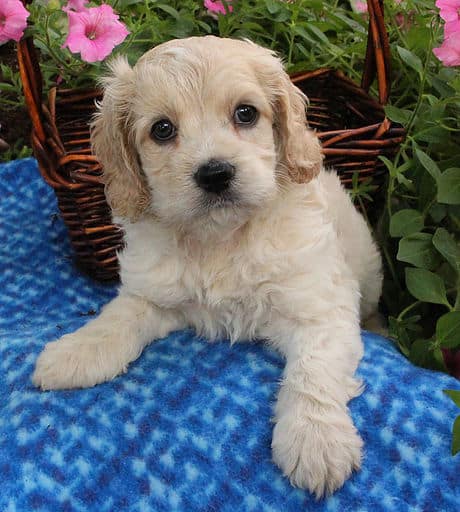 Our Cockapoo puppies for sale are a small breed known for their affection for people, love for life, and liveliness.  Cockapoos are a cross between Poodles and Cocker Spaniels, and they bring the best from both breeds. They have intelligence and hypo-allergenic traits from Poodles, and affection and love for people from Cocker Spaniels.  Cockapoo puppies will bring life and love to your home with a lower level of shedding and allergens!

Are you looking for a small dog with a big heart?  A dog that loves people, is full of life, has an even temperament, and is also intelligent and easy to train?

If that describes your next puppy, then take a look at our Cockapoo puppies for sale!

The Cockapoo is a designer dog, meaning it is a cross between a Poodle and another dog, in this breed a Cocker Spaniel.  This cross brings out the best traits in both breeds.

The Cockapoo displays the even temperament, love and acceptance towards people, and joy for life from the Cocker Spaniel.  From the Poodle, it has a shorter coat that is hypo-allergenic, and it also carries the Poodle’s intelligence and trainability.

If you are looking for a small dog that has fewer allergy concerns, is highly intelligent, and loves people and life; then you purchase your Cockapoo puppy today!

Loves people: Cockapoos love human interaction! They are especially good in a family setting with children. Whether it is playing or just spending time together, they will enjoy spending time with you.

Easy-going temperament: Cockapoos are not known to have significant mood swings. Instead, they tend to have a steady, easy-going attitude. This stable personality works exceptionally well when interacting with children.

Intelligent: They show a high level of intelligence and are easy to train, especially when coupled with positive reinforcement. Cockapoos are usually quick to learn new things and patterns.

Joyful: Cockapoos are known to have a love for life that is contagious. No matter the situation or who they are with, this breed is happy to be alive, and they show it!

Acceptance: While cockapoos thrive with families and children, they show no partiality when it comes to accepting others. They are usually accepting of strangers, and are not as quick to bark at strangers as many breeds.

The Cockapoo is one of the oldest hybrid breeds, and they have been a popular breed since the 1960s.

The first time a Poodle and Cocker Spaniel were bred together is unknown.  Still, their popularity quickly grew as people learned of their pleasant temperament with low shedding.

There are several established Cockapoo clubs, but some of them differ in their approach to the breed.

Some clubs want to begin a purebred Cockapoo breed where both the father and mother would be Cockapoos.  Other clubs want to continue the standard hybrid which breeds a Cocker Spaniel and Poodle together.

Overall, these clubs have promoted the Cockapoo.  Some hybrids have health issues due to poor breeding, and these clubs have helped ensure responsible breeding which has helped maintain the purity and quality of the breed.

The size of a Cockapoo depends on the size of the parent Poodle.  While Cocker Spaniels don’t have a lot of size variations, Poodles range from Toy Poodles to Standard Poodles.

Overall there are several sizes of Cockapoos:

Standard: 20-30 pounds in weight and over 15 inches at the shoulder.

Lifespans on Cockapoos will vary because it is a hybrid, and Poodles usually live longer than Cocker Spaniels.

Cockapoos will usually live 10-14 years, although they have the potential to live longer.

Cockapoos’ markings and colors vary widely.  Like the Cocker Spaniel, Cockapoos have a wide variety of rich color combinations.

Cockapoos can have a solid color coat; often a variation of black, light cream, or red/brown.  They can also come in multi-color; typically white with another color.

Cockapoos have a single layer long-haired coat.  The hair itself will range from straight hair to tight curls depending on the puppy and hybrid.

Many people leave the coat untrimmed, but if trimming is done, a length of 2″-3″ is recommended.

Even though they don’t shed as frequently as some dogs, you should groom your Cockapoo a minimum of several times a week, and preferably daily.

A key to grooming your Cockapoo is to start when they are a puppy.  If grooming is done consistently as a puppy, it becomes routine for both you and your dog.

You should not bath your Cockapoo unless it is dirty.  Its coat releases natural oils which helps maintain a healthy coat, and regular bathing will remove these oils.

Because of their floppy ears, one of the most vulnerable places for a Cockapoo to be unhealthy is the ears.

You should check the inside of the ears weekly to make sure there are no ear infections.  This is especially important if your Cockapoo has been wet. Because their floppy ears prevent airflow, moisture can cause ear infections.

Gently wipe out the ear, but only the part you can see.  Never put cotton swabs into the ear canal!

If the inside of the ear smells bad, looks red and tender, or if your Cockapoo scratches it a lot; then there may be an ear infection.

Cockapoos are generally healthy, especially for a hybrid breed.  They are susceptible to diseases that are common to dogs, particularly hip and elbow dysplasia.

Because it is a Poodle hybrid, the Cockapoo does tend to have fewer allergens than many breeds, and usually much less than the Cocker Spaniel breed.

However, it is important to note that the actual length of a Cockapoo’s coat and exact allergen level varies between the breed.  Because it is a hybrid, different puppies receive different genes from the parents, and this has a direct impact on their outer coat.

But what causes allergens?  Allergens are caused by dander, which is dead skin cells.  Any animal, including humans, shed these skin cells.

Even though they have fewer allergens, it is important to regularly groom and clean your Cockapoo to keep the dander level low.